The TV video found on the official Black Mesa modification website is linked to bmrf.us – a website that was previously suspected to be affiliated with the mod. On here, another obfuscated broadcast is being shown, accompanied by scrolling SMPTE-style color bars, static radio noise, a six digit countdown timer and an occasional glimpse of yes, The G-Man…

It can be worked out that the timer is set to end on May 5th, which also happens to be the day that Gordon Freeman supposedly started his (not so successful) career working at the Black Mesa Research Facility.

The bmrf.us website was previously assumed to be related to the fan-made modification as part of an alternate reality game (ARG) after the site linked back to the mods official website. Earlier this year the website was transmitting an “emergency broadcast system message“, telling people to evacuate the area surrounding the Black Mesa Research Facility in New Mexico after a “disaster of unknown type” had supposedly occurred there.

Later, the website started redirecting to a (fictional) news article, claiming that the evacuation zone had been given an “all clear” after the disaster was found to be a “gas tank explosion caused by an earthquake”. A cryptic broadcast, similar to what we are seeing at the moment was found there and both the Facebook and Twitter badges on the site pointed to the official Black Mesa developer accounts.

In addition, a phony dating website called localdesertsingles.com (that is linked to in the news article) also redirects to the Black Mesa homepage and a Twitter account for the ‘writer’ of the news article can be found making references to both sites.

It’s safe to assume that whatever is going on is related to some sort of announcement from the Black Mesa developers that we can expect to see next week. One of the obvious speculations is that this is the lead up to the previously promised stand-alone Steam release of the game, containing the final Xen chapters of the game that were missing from the initial 2012 release.

Earlier this week a few of Black Mesa’s multiplayer deathmatch maps were leaked online through what appeared to be a glitch in the Steam Workshop, however a few people have reason to believe that this may have been another stunt to build up hype for the game’s release. Whatever the case, all we know is something is happening and you can bet it will be good.


Update 1: A user on the r/HalfLife Subreddit stumbled across a set of Black Mesa themed Steam Trading Cards, Profile Backgrounds and Chat Emoticons on the Steam profile of Black Mesa developer Josh Hubi.

There was also a post by level designer, Chon Kemp, on the Facepunch forums regarding the development of the final Xen levels, which he says are still unfinished:

“Again, everyone who says this vastly underestimates how much work Xen is. Xen would still be extremely huge amounts of work, even if we were aiming for just a straight 1:1 remake. You still wouldn’t have it today, even if we’d gone that route and put everything into it.”

It also appears that the Black Mesa Workshop is now publicly live after it was earlier reported that a selection of the multiplayer maps had been leaked through it: 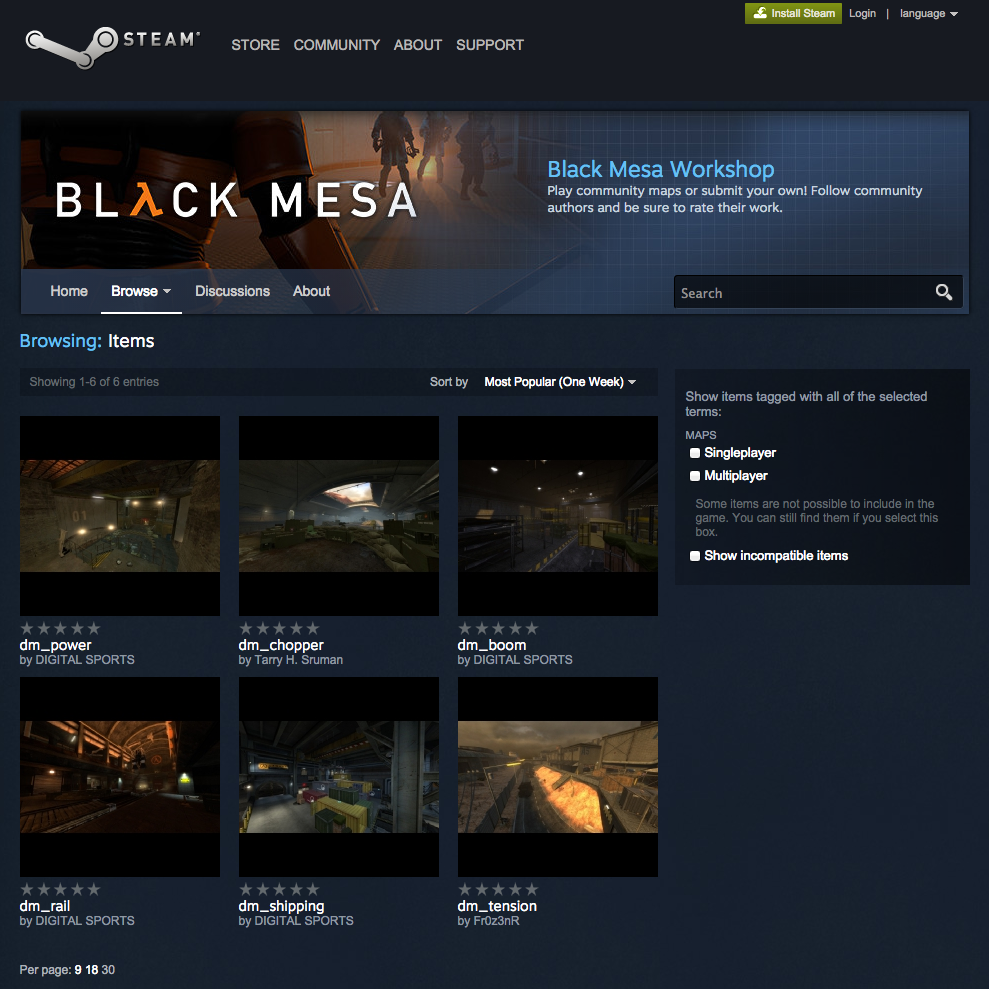 Update 2: The bmrf.us website has been updated yet again with a a 24-hour countdown and a new “emergency broadcast system” message, warning of an “immediate evacuation”.

Update 3: xPaw, the developer of SteamDB posted a screenshot on Twitter of what he claims is the “First ever Black Mesa: Source community server”, showing various Black Mesa Developers playing dm_gasworks in the Steam game “Black Mesa: Deathmatch“.

SteamDB also reports that an application called Black Mesa Dedicated Server has been added to Steam.

Update 4: The countdown has ended and it’s official, Black Mesa is now available on Steam!