Our first short film is almost as old as the first game itself. If you haven’t figured it out after that sentence, then you’re up for a good old 240p experience.

And yes, it’s really not that interesting, nor is it any good. The film was made by a British marketing agency sometime before March 1999. According to CombineOverwiki it was commissioned by a parent company of Sierra to promote the game and give a new perspective on the game and its plot. Eventually it was hold back from its release due to lack of approval from Valve and Sierra. I don’t’ know why they approved it in the end, but part of me is happy that they did.

After Half-Life: Uplink, there’s not much to talk about for the years to come. At this point, the Internet is a great place with lots of potential but streaming videos is still not a thing. Not until the birth of YouTube in early 2005. With companies like Machinima, films based on video game footage starts to grow rapidly. But first not only that, for a few live action shorts start to show up.

Let me just clarify, no – this is not a legit project. Maybe it was at some point. Back in 2006, this didn’t look too bad. Not blockbuster quality, I’ll give you that, but well enough for a small company to make something out of it. There’s Gordon Freeman in his hazard suit, the test chamber and a headcrab.

Unfortunately, we never heard anything else about this. Unless this was all fake, then it’s completely understandable.

With more serious editing programs for film-making available for private persons, special effects start to be a thing in homemade videos. And this live action short is one of the examples. It takes place in – you guessed it – City 17. It shows a young man exploring the city and coming into contact with some Combine machinery.

This original short film was made as a final project in film school. Afterwards, this film has had additional and improved CG scenes. And that’s the version you’ve just watched. Compared to what we’ve seen today, this is not very impressive. But for its time, this three man project is really not that bad. 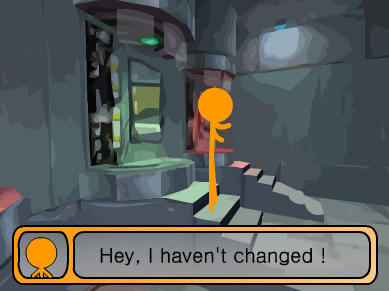 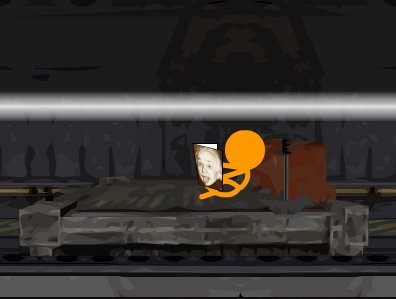 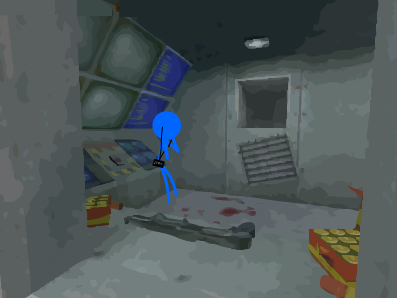 Two Thirds Life received over 50K hits on Newgrounds. A sequel was apparently in progress but I don’t think it made it, although a trailer was made.

If you’ve ever spent time on the Internet looking for fan videos, you’ve probably come across at least one made with Lego. Half-Life has had the same treatment. Following are two of the more famous and/or ambitious short out there. The first (below) is Lego Half-Life by a YouTube user known as ‘HolySausage’.

Lego Half-Life is (or was) and on-going series with several episodes and a Christmas Special. The creator hasn’t been doing these for over three years, so it’s safe to assume that the project is dead.

Secondly is Half-Life: The Brickway by Eirik Berntsen (who was also involved with founding LambdaGeneration!) known as Half-Life

If I could just say one thing about this one, as well as the episodes that followed, is that the sets and backgrounds are spot on. They’re ambitious, well designed and I think everyone who’s played the original game recognizes them. There are a total of three episodes available. But as for Half-Life fan-made series that are still running…

There has been quite a community of Lego-related Half-Life animators about. Lego Opposing Force (2008) and Lego Half-Life 2 (2011) were made by an animator known as ‘farnappio’. Even Blue-Shift has a lego version, Lego Blue Shift (2012) created by ‘Legoman80116’ on YouTube. Amazing stuff!

There are a ton more by different animators, just search any Half-Life related title followed by Lego and you’ll find something.

I really don’t think this series need that much of an introduction. But if you’ve been living under a rock for the past 6 years, I’ll just give you a short description of it. Freeman’s Mind is a first person narrated gameplay comedy series, told with the words of Gordon Freeman’s inner voice. Here’s episode one for you…

The show has been running on the Machinima.com Channel since 2007 however in recent times the creator, Ross Scott moved away from the network and became independent. New episodes come out from time to time on his channel.

An Opposing Force take-on was created by an individual known as Krimsin. As you might imagine, it’s called Shephard’s Mind (2009).

What about Barney Calhoun you say? Well in addition to being a Tumblr superstar he has also been voiced over, check out Barney’s Mind (2009) by ‘IRAMightyPirate’.

In addition, all of the three series above have been animated by ‘funnymahem’ on YouTube.

You all knew that this was coming. It’s had over 9 million views, myself being responsible for about 100 of those.

A similar, but more commentary style take on this was made by YouTube channel ‘Lore’.

Another brilliant machinima by Zachariah Scott.

Ever wondered about the life of the Combine’s Civil Protection Team?

Combine Nation, made by Zachariah Scott for what was Lit Fuse Films at the time. Only two episodes were ever made, but the production quality (as you’d probably expect if you’ve ever seen any Lit Fuse stuff) is top notch. Sadly the series was cancelled, despite a good reception.

Another similar series is Civil Protection, created by Ross Scott of Freeman’s Mind. Theres around 9 episodes, as well as a few specials. It’s unclear if the series is still going on, but you can find links to all of the episodes here.

Also if you liked Combine Nation, check out Maintenance Man, by Robert Stoneman also of Lit Fuse Films (Thanks to Jinoru for the tip!).

What happens when a ton of mic-spamming G-Mans are summoned to stop Half Life’s resonance cascade? This exactly:

The series was created by Xanatos of the Janus Syndicate, a well known name in the Half-Life machinima circle. Not to be taken too seriously, the Gman Squad, with over 10 episodes, has received a lot of attention on YouTube, receiving over a million hits on a few videos.

The Janus Syndicate has made many Valve and Half-Life related machinimas over the years, if you like this sorta thing you should checkout more of their videos on YouTube.

The Time Is Now

An individual known as ‘greenpeacekiller52‘ has uploaded hundreds of HL sound complications to YouTube. Great for mod development or if you just want a nostalgia trip!

Gordon Freeman Saved My Life by Miracle Of Sound

Fight for freedom with a brainstorm! (thanks to Taylor Reitz for the tip, no idea how we forgot this!)

‘This is the video the overwatch does not want you to see.’

Claiming to be ‘A leaked interview with District 17 Civil Protection; Officer 117-9000. Recorded just before the uprising’, The Combine Interview takes on Combine Nation and Civil Protection in a live-action short, however with a more darker, serious and sinister touch.

Created by Tom Hall, The Combine Interview has it’s own YouTube channel, suggesting it may have had plans to become a series. A video  about the making of the mask (which was auctioned on ebay) was also uploaded.

John Freeman who was Gordon Freemans brother was one day in an office typing on a computer. He got an email from his brother that said that aliens and monsters were attacking his place and aksed him for help so he went.

This is arguably one of the more famous Half-Life fan films to date. Barely five minutes long, the guerrilla styled short shows us two rebels trying to get out of the City, hours after the incident at the Citadel…

There’s a part two, which is a bit longer and – in my opinion – better. Both were made on a $500 budget (not including previous capital) and with no crew. And what I find so amazing about these two is how well portrayed the city and the rebels are. It feel like something Valve would’ve paid for as marketing material, much like the first video in this article. Only a lot better.

Oh and by the way, if you didn’t know… Episode Three is coming.

Oh man, did I wait for this one to be released.

2 years in making, with a crew of 7 ambitious souls and a $1.200 in budget. And my god, was it worth the wait. The story follows Adrian Shephard, the main protagonist from Half-Life: Opposing Force, in an action packed film. If you haven’t seen it yet, you’re in for a real treat.

I only wished that this would’ve been twice as long. There’s so much story that isn’t told, like how Shephard came back from… wherever G-Man put him in the first place. The team has moved on to other projects, so don’t expect a sequel.

Enter the Freeman was a short, live-action fan-film created by Ian James Duncan and Bernhard Forcher. The video was shot over two nights with a budget of only $3000. It’s extremely good, especially due to the fact that it refreshing live-action Half-Life fan-films.

You may recognise the studio Chariotdrive, who were behind Enter the Freeman, from recent news. Together, with Brian Curtin a.k.a Infectious Designer, the two studios are collaborating on a new project, The Freeman Chronicles.

Claiming to be the first Half-Life web series, the project, started in February of this year (2013) aims to produce a dedicated, Hollywood quality series, bringing a whole new level to Half-Life fan-films. So far $22,455 has been donated, which has contributed to 30% of the $75,000 goal. We actually covered the campaign in some depth not so long since, but make sure to check out the projects own website and maybe donate to the production if you want to see this go further.

The first episode was released in April, you will need to click the English subtitles if your not good with Russian, but nevertheless, if you are a proper Half-Life fan you should be able to map the actual dialogue here!

You can donate to the production here to support future episodes.

Finally, here is an upcoming Turkish fan-film, Lambda Protocol. It even has it’s own IMDB page!

We covered the trailer release the other week, click here to read more about it.

Shoutout to James Benson, Alex Portman, James McVinnie and Adam Sklar who have created some amazing short machinima’s/Source Filmmaker work over the years.

Remember to share the article if you enjoyed it, and feel free to suggest others we didn’t manage to list (or missed) in the comments below.

Oh also, if you were wondering where things like comics or artwork are, stay tuned for 15 Years of Half-Life Creations post by Jeff, coming later this week. 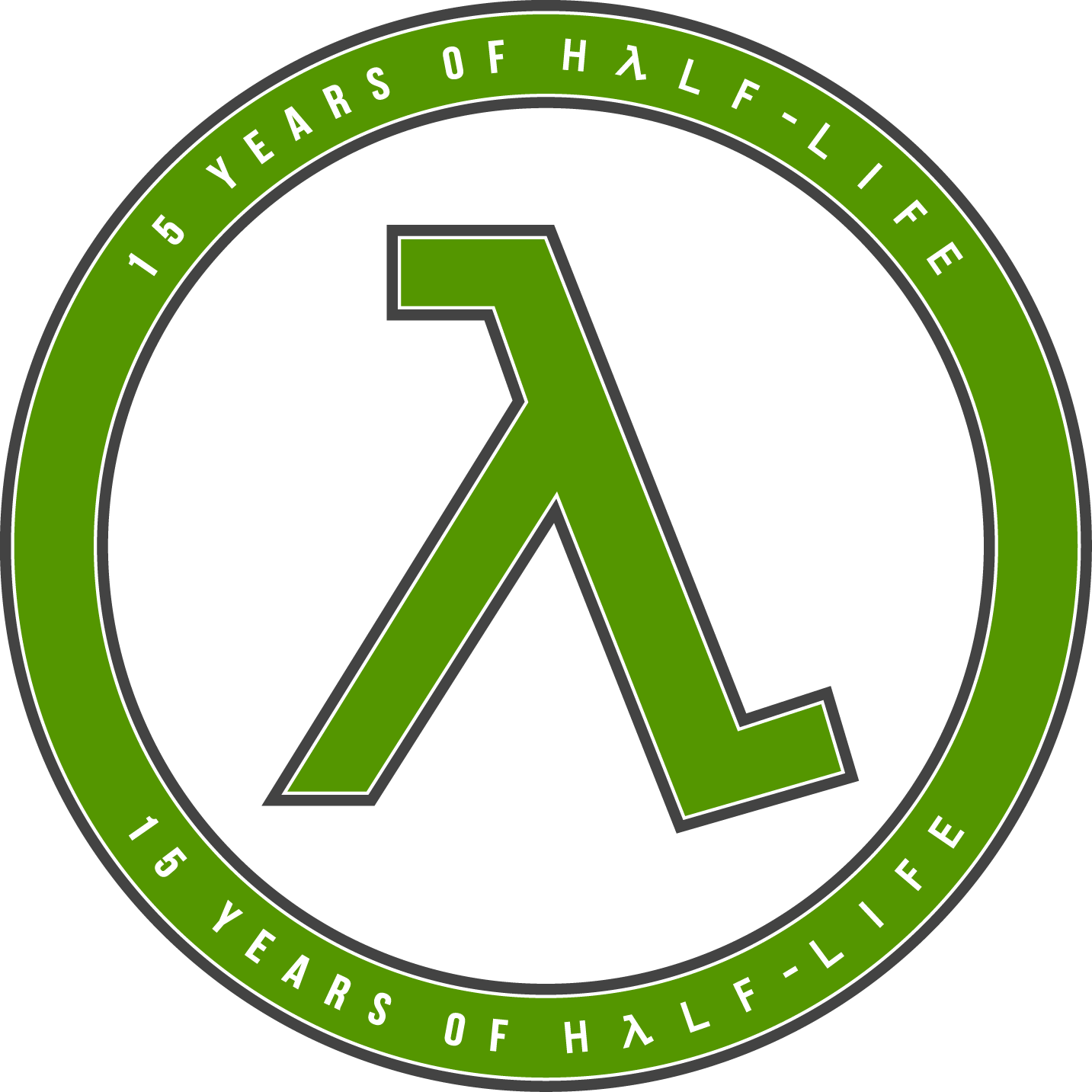 Article by Ooiman and Alex.

Thanks to MrFreemanBBQ for help.