Click on the titles to be taken to the comic sites. 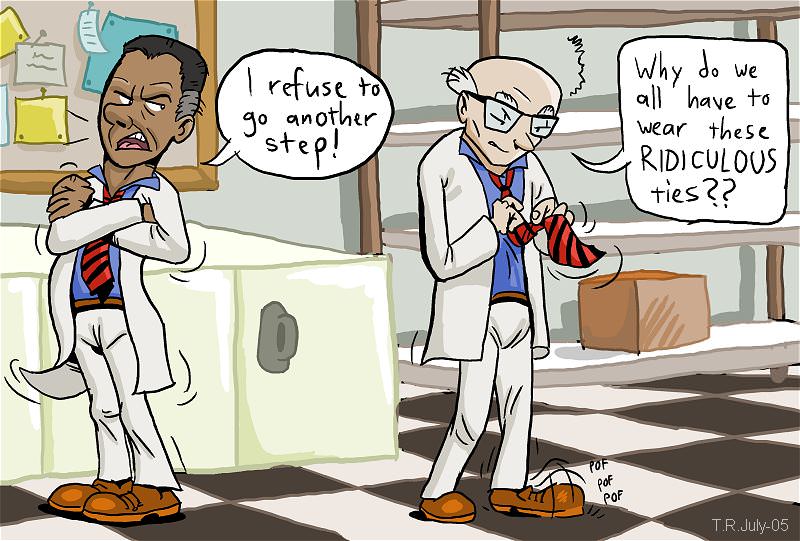 Artist Shuvuuia was a beloved Half-Life cartoonist back in the mid-00s. Although she is no longer active on the Internet, some of her comics have been archived. They portray characters and scenes from the games in humorous and off-the-wall ways.

Strife Strips was a sprite comic than ran from 2000 to 2007. Though it wasn’t about Half-Life specifically, it featured retro FPS characters interacting and getting up to shenanigans. Duke Nukem and Doom Marine are roomates who occasionally have adventures with Walter the scientist.

The Adventures of Hercule Cubbage 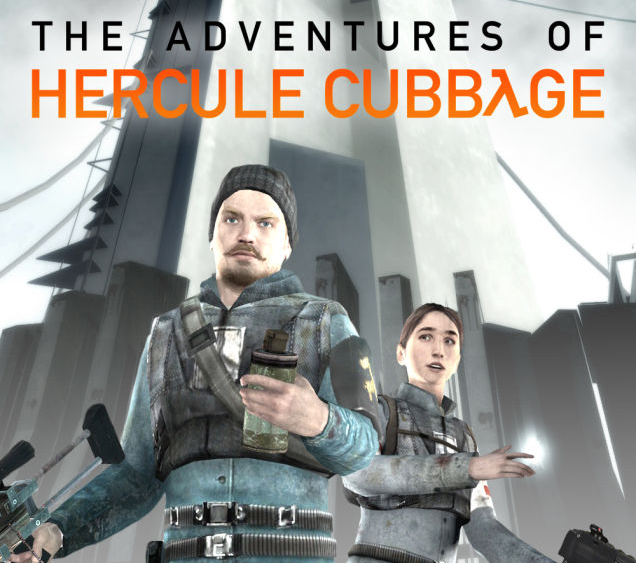 The Adventures of Hercule Cubbage is a Garry’s Mod comic reminiscent of vintage boys’ adventure comics. It’s an unapologetic romp of old-style heroics. The escapism is fun and never comes across as self-indulgent.

LAB RAT is an official one-shot Portal comic, published by Valve. It features the wonderful art of Andrea Wicklund and was written by Valve’s own Eric Wolpaw. It explains the events of Portal through the perspective of the mysterious unseen character that leads Chell through the guts of Aperture in the game.

Tenacity is a two-part Portal fancomic by artist Raintalker. Much like LAB RAT, it offers a behind-the-scenes view of events through the eyes of Doug Rattman. This portrayal is far more personal, though, and dives into the character’s psyche and explores his motivations.

BreenGrub is not a comic, but rather a Twitter account maintained by Valve writer Marc Laidlaw. It’s been described as “Half-Life fanfiction”, but since it’s written by one of the main creator of the series, it could be considered canon. The account shows a number of bizzarre messages left by a Dr. Wallace Breen that did not die at the end of Half-Life 2, and was instead uploaded into the body of a juvenile combine advisor. The short tweets seem to show him attempting to understand his situation.

A Place in the West 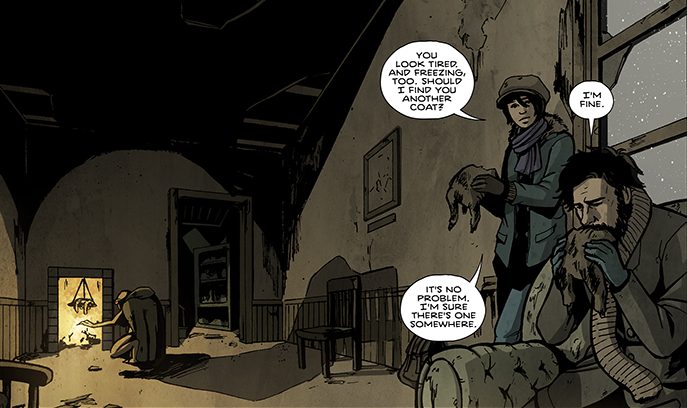 A Place in the West is a professional-quality fancomic with several planned chapters. It is set shortly after the resonance cascade disaster of Half-Life, and follows the story of three characters trying to survive.

Like BreenGrub, Walter’s World is not quite a comic either. It’s a series of blog posts from 1998 that were hosted on Gamespy’s Planet Half-Life site. The humorous posts are penned by a Black Mesa scientist and detail his misadventures through the facility. 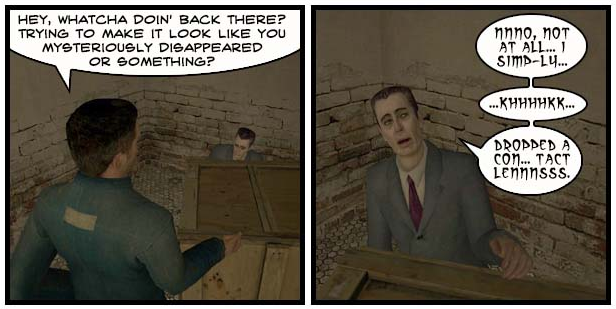 Concerned is perhaps the most well-known Half-Life fancomic. It’s about the adventures of starry-eyed Gordon Frohman, who has just arrived at City 17 expecting a nice, quiet time. Unfortunately, other characters keep mistaking him for this guy called Gordon Freeman, and poor Frohman gets roped into situations he really has no control over.
Concerned spawned an in-game reference, where civilian NPCs comment that they miss it when the Breencasts featured jugglers.

Like Shuvuuia, artist Zarla creates funny comic strips that put the characters in humorous situations that actually answer many unasked questions. How does Gordon show up in City 17 wearing a full civilian uniform set? Does it mean the G-Man played dress-up with his unconscious body? She’s also created a fictional anime that places Gordon Freeman and friends in magical girl costumes.

Which one of these comics is your favourite? Do you know any other Half-Life or Portal comics? Let us know and we’ll write about it next.