The story follows the usual Left 4 Dead survivors (Left 4 Dead 2 survivors in the 2014 update) through a zombie infested Nevada Desert setting in an effort to find a rumored fortified safe zone there. Eventually, after the survivors find the base, it turns out to not be so much of a “safe zone” and instead leads up to a 1960’s sci-fi tribute-style twist.

In the Nevada Desert, the U.S. Army have built a Military base around an ancient ‘alien tomb’ and after years of trying have managed to open it. Four survivors heard rumors of a fortified safe zone in the base, but have no knowledge of the tomb nor what will await them upon arrival…

The campaign itself is split into five chapters, which results in a good hour of gameplay that is detailed and action packed throughout. It supports both Left 4 Dead 1 and 2 and includes the single-player, co-op, survival and versus gamemodes, which makes it fun to play though again. 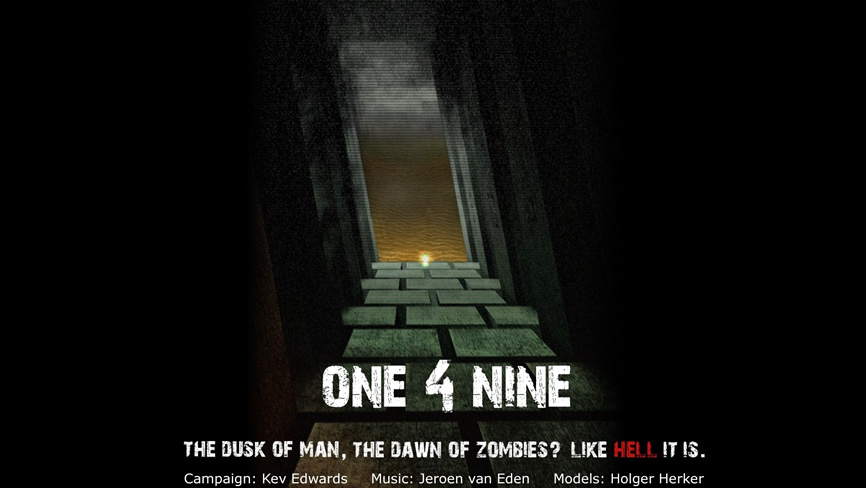 In addition to the thorough level design, One 4 Nine also has it’s own soundtrack and features several custom models, which gives the campaign a professional edge similar to that of Valve’s own levels.

Let us know about your experience with One 4 Nine in the comments below and remember to recommend it on GameMaps or ModDB if you enjoyed it!