We would like to take this opportunity to have a look back through the vast, Indiana Jones-esque archive of creations to pick out just a few of our own personal favourites, from fun little map-packs to the mods that have changed gaming. Over the past decade and a half, there have been hundreds if not thousands of mods and maps created, many of them excellent. How can we know where to start?

The first, and still most common mods, are what might be called “map-packs”. Within months of the game’s release, fans began taking the existing Half-Life assets and gameplay and using it to expand on the experience Valve created in new levels. Many mappers chose to create continuations of the story, or a retelling of events from a different perspective, long before Half-Life 2 or the expansion packs. Azure Sheep was one mod to do this, with the player taking the role of a security guard. The mod was also notable for introducing female characters to the Half-Life universe for the first time!

Don’t ask how Gordon Freeman ended up on a space mission, I’m sure it’s not important (USS Darkstar)

Black Mesa’s corridors and catwalks can get tiring though, so some creators decided to shake things up a little. USS Darkstar may be one of the best known early Half-Life mods. In 1999, at a time when dial-up internet was still common, the mod was one of several to be distributed with PC Gamer magazine. The titular spaceship aboard which the levels were set took many cues from the movie Alien, making this a particularly enjoyable setting.

Even in later years, the release of large map-packs continued. A year after Half-Life 2, Life’s End was a decidedly tongue-in-cheek voyage through the Black Mesa Incident, seguing from trippy, gas-induced hallucinations to alien stasis chambers. Just last year Focal Point was released, a vast and incredibly polished return to the classic mod style, and still managed to squeeze some new “wow moments” out of 15 year old software.

Of course, not all creations had to be huge to be fun. One classic example is Someplace Else. Taking place in a single map, it put a new twist on Xen, a location players have loved to hate. Whilst exploring a seemingly ancient alien structure, a strange new character was introduced. Despite the eye-candy and storytelling, this was a level that still focused on challenging combat situations. The map serves as something of a prequel to the acclaimed Source mod Minerva, which we will get to later. Perhaps the epitome of small but perfectly formed is the antagonist of Radix. Level designer Unq put a funny twist on the common spaceship scenario which you should really see for yourself.

Many of these maps and mods were able to go beyond what Valve provided through the use of custom made textures, sounds and models that could complement the experience. But some go further still, altering almost every aspect of the original game to become a “total conversion”. With the Half-Life engine at your disposal, what better to do than turn it into a cheesy zombie movie? Despite the massive over-saturation of zombies in gaming these days, Darkstar developer Neil Manke’s They Hunger still managed to stand out from the shambling horde by creating an atmosphere with the perfect balance between humor and horror. Don’t even mention the voice acting!

The Rise of the Commercial Mod

Although we haven’t mentioned them yet, it is probably multiplayer mods that have the greatest impact on the rest of the gaming world. Almost since the company’s inception, Valve has had a strong connection with modding. Before Half-Life’s release, they acquired the developers of a mod for id Software’s Quake known as Team Fortress. As Half-Life was based on the same technology, the initial plan was to release Team Fortress as a stand-alone game. Instead, Team Fortress Classic was released for free to owners of Half-Life, and its sequel entered a nine-year development hell.

Almost certainly the most played mod in gaming, isn’t it beautiful? (Counter-Strike)

Meanwhile in 1999, a large number of Half-Life sales were apparently a result of gamers wanting to play Counter-Strike, another competitive multiplayer mod which saw Terrorists fighting against Counter-Terrorists over a variety of objectives (is there anyone reading who doesn’t know this?). This was quick to attract Valve’s attention and they soon began assisting in the mod’s development before giving it a stand-alone release in 2001. A similar path was followed by World War II shooter Day of Defeat and I-have-no-idea-what-this-is deathmatch game Ricochet. Each of these mods has since grown to become a large part of the Valve community in its own right, far too much to be covered here in any depth.

Thanks in part to Steam’s Greenlight service, on the Source Engine increasing numbers of mods for are becoming commercial releases opening up many opportunities for games that would not previously have been possible.

Despite delays and leaks, Half-Life 2 arrived in 2004 and against all odds managed to live up to the expectations set by its predecessor. Happily, so too did its mods. With unbelievably realistic physics, bigger levels and a huge leap in graphics the possibilities seemed endless and mappers were quick to explore the potential of the new engine.

I hope Valve will give me a job when I get round to finishing my mod… (MINERVA: Metastasis)

Once again there have been hundreds of fantastic map-packs to choose from. These range from tight polished experiences like Powerstation 17 and Union, taking players in and out of a quick scenario, to vast and sprawling epics such as Strider Mountain that dwarf many triple A games in their scope. Subsequently, the release of the Episodes (two of them, at least) provided more assets for increased freedom in mods. Episode One was the home to Minerva: Metastasis, a truly captivating journey into a Combine-controlled island made all the more intriguing by its mythological back-story, which was good enough to secure its creator, Adam Foster, a place at Valve! Who could forget the moments of sheer genius throughout Research and Development, a mod nestled away in an Episode Two-based industrial facility which challenged players to wreak havoc with only the Gravity Gun and their wits.

Appearances of dev textures were a welcome joke for mappers in the commercial version of The Stanley Parable.

In fact the Half-Life 2 engine has been home to many mods which took an experimental approach to their gameplay. Two of the best examples are Dear Esther and The Stanley Parable, which took a similar narrative-based concept and ran in strikingly different directions. Both of these also made a successful transition to commercial releases on Steam. Speaking of which, don’t forget Garry’s Mod: helping the community make inappropriate pictures of Half-Life characters since 2004!

In celebration of 15 Years of Half-Life, the devs announced that they’re going retail (Black Mesa)

At some point in this article I will have to mention what could be considered the holy grail of modding. After eight long years of development, Black Mesa is a (mostly) complete recreation of Half-Life in the Source engine. This is a game whose reputation precedes it so not much need be said other than what a truly amazing achievement it is. Don’t forget the Half-Life expansions though, which will also be getting the same treatment; Operation: Black Mesa has been Greenlit to recreate Opposing Force.

For those who prefer to get competitive, the Source Engine has also been great for multiplayer. Whether hunting down an invisible foe in The Hidden, grabbing loot in Pirates, Vikings and Knights or trying to survive when there’s No More Room in Hell, we’ve been flooded with new ways to play.

It’s easy to be negative about the state of modding these days, considering the effect of SteamPipe, the increasingly outdated SDK and tales of modders leaving for the allure of newer, shinier engines. Some of this may be true, but Half-Life modding clearly is not the barren wasteland that some make it out to be. Even HL1 still has its share of active development; the incredibly fun Sven Co-op mod – which allows players to work together through many community made levels – is one of the oldest mods still under development and will be getting a SteamPipe release soon.

It may have been around for a while, but Source ain’t done yet! (Hammer Editor)

On Source, the Xen section of Black Mesa remains eagerly anticipated as just one of many mods still in progress. Episodic stories such as Underhell continue to find success, and there are still individual mods arriving all the time on sites such as ModDB and PlanetPhillip.com. Speaking of which, PlanetPhillip’s mapping competitions continue to be an amazing source (no pun intended) of original new levels, and have helped many people take their first steps into mapping.

Since 1998 the Valve community has spread far beyond Half-Life, and maps and mods are still a big part of other Valve games. The Steam Workshop has even encouraged other developers to make modding an integral part of their products.

Whether or not another Half-Life game ever materialises, it seems clear that Source 2 is somewhere on the horizon, and with it will come a whole new generation of mods and modders, creating new experiences and unique ideas that we could never predict.

This concludes our meander through just a few highlights from 15 years full of Half-Life modding. There are far more things out there than we can ever hope to cover so I apologise right now for all the masterpieces I’ve forgotten about! But that’s where you come in. What has been your favourite Half-Life mod moment? What obscure (or well known) mods should have been included here? And what are you looking forward to playing in the future? Let us know by leaving a comment below or finding us on social networks.

Here’s to 15 more years! In the meantime, this is where I get off. 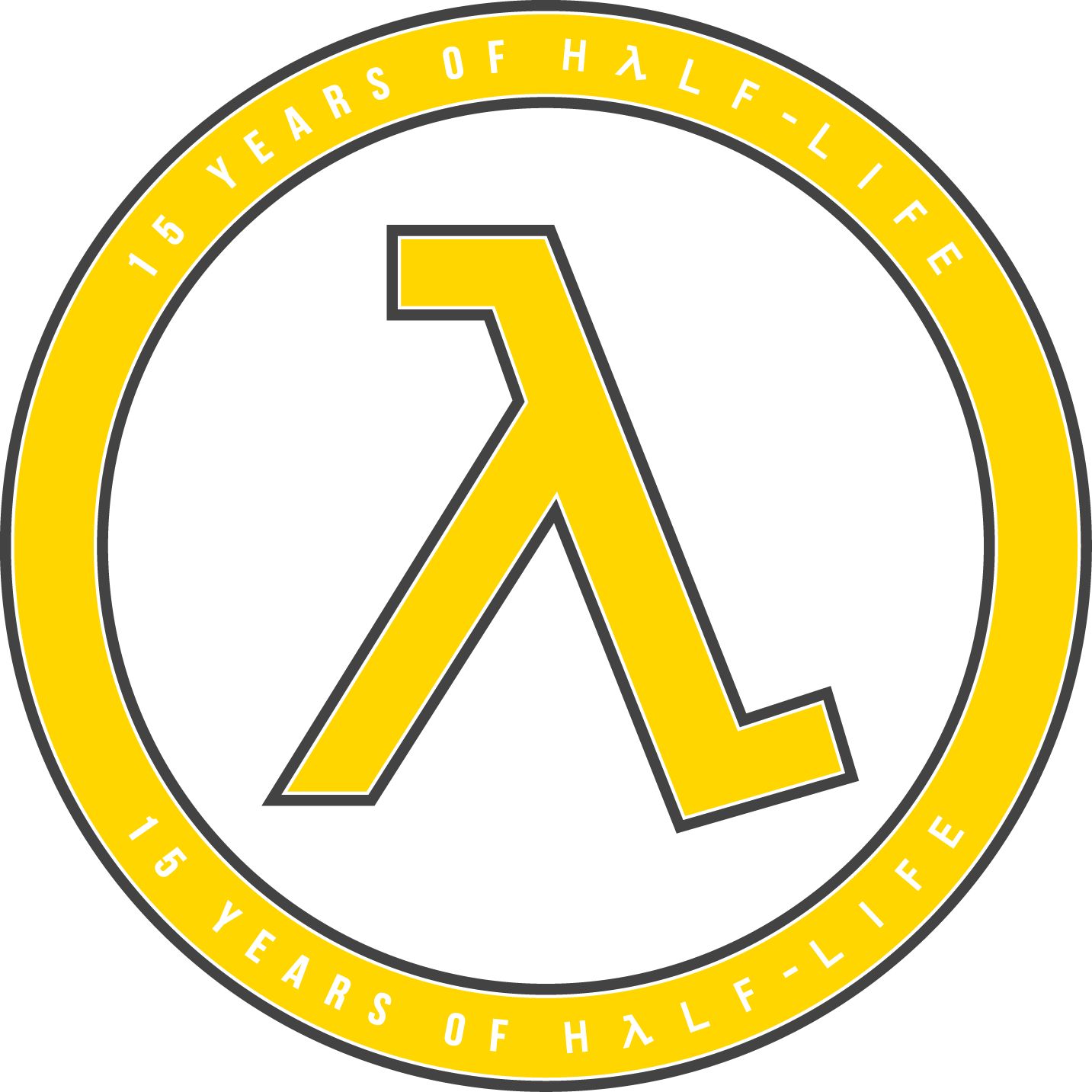 All mods listed are available on Steam, ModDB or PlanetPhillip.com