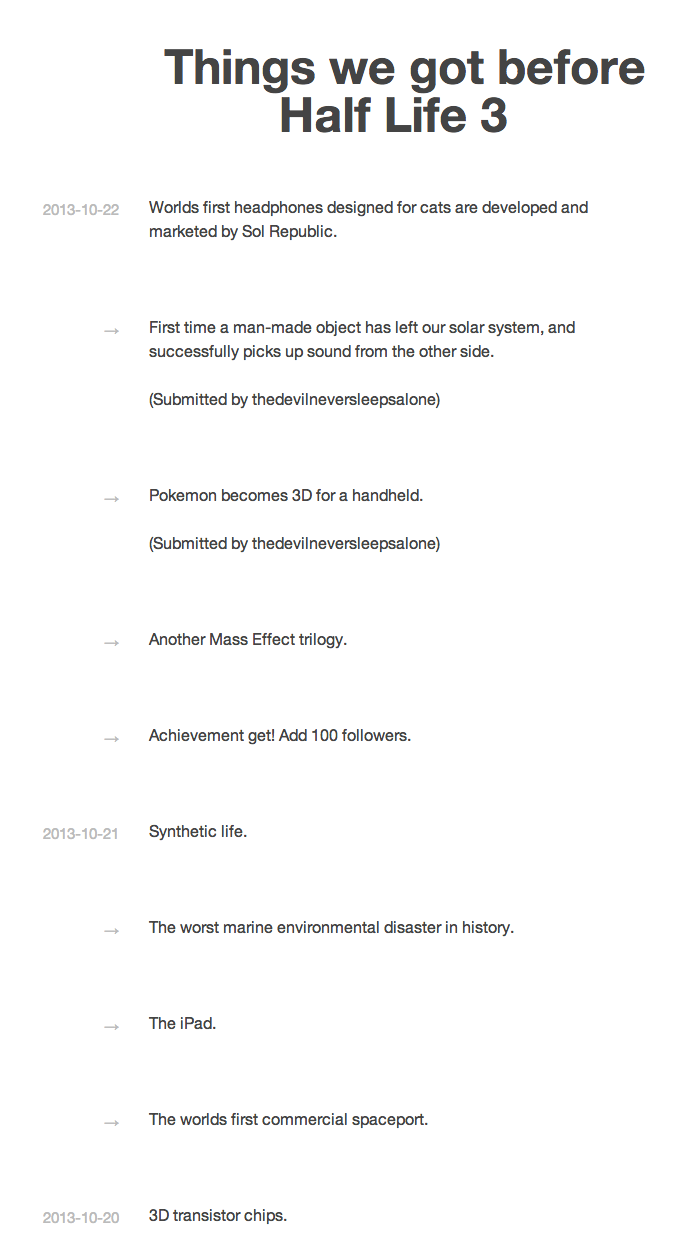 Things we got before Half Life 3 was created by Tumblr user Xauric and collects notable inventions, events, products, discoveries and achievements by mankind between 2009 and the present. The blog also enables users to submit notable/world-wide things themselves.

The blog is obviously of quite a humorous and sarcastic sense, however behind it all, it does withhold the serious question of: Where actually is Half-Life 3?

things-we-got-before-half-life-3:
First time a man-made object has left our solar system, and successfully picks up sound from the other side.

Alike the popular Twitter Feed ‘Is Half-Life 3 Out Yet?’ and Ivan Bakula’s Half-Life 3 – I want to Believe, the site is a homage to the ongoing speculation for the long awaited Half-Life 2: Episode 2 sequel, which could be said to have achieved ‘meme status’ in some internet circles, especially in relation to the amount of conspiracy theories and fan supposition.

I wish I could confidently say that we will see Half-Life 3 before man steps foot on Mars or before a real handheld Portal device is invented, but at this stage, who knows.