Hosted in conjunction with MapCore.org, a video games development community, the mapping challenge will run from Thursday 19th March to 11:00am (GMT) on Tuesday 28th April, lasting almost six weeks.

The theme of the challenge itself aims to get mappers to creatively re-imagine scenes from the Half-Life series of games in a new way using the Half-Life 2: Episode 2 Source engine.

As written in the announcement post, examples of such scenarios that could be developed include:

The Tram ride at the beginning of Half-Life:
What if somebody else pushed the cart? Gordon was late, so they got somebody else and the resonance cascade happens when Gordon is still on the tram. It crashed to the ground but leads him to a previously unseen section of Black Mesa.

Black Mesa:
What if Half-Life’s infamous research facility were hidden underneath a city or town rather than out in the desert?

Opposing Force:
What if Black Mesa were devastated by this game’s nuclear bomb quite early during the story, leaving Adrian Shepard to navigate a version of the research facility resembling a post-apocalyptic nightmare?

Point Insertion:
Instead of arriving at a city train station, Gordon finds himself in a deserted and derelict village station, perhaps near enough to Ravenholm, to feel the threat. Being seen by Civil Protection may be the least of his worries.

City 17:
What if the Combine had chosen the United States, France or London to be their primary city?

The RaiseTheBarVille mapping challenge (as you may have already guessed) is offering participants the opportunity to win a Valve signed hardback copy of Valve’s behind the scenes development book Half-Life 2: Raising the Bar. Seen as it has become quite a rare collectors item (selling for prices within the hundreds on sites such as eBay in recent times) you know that this is a pretty hefty prize to be won and defiantly worth a shot at for any Half-Life enthusiast wanting to get a copy for their collection. 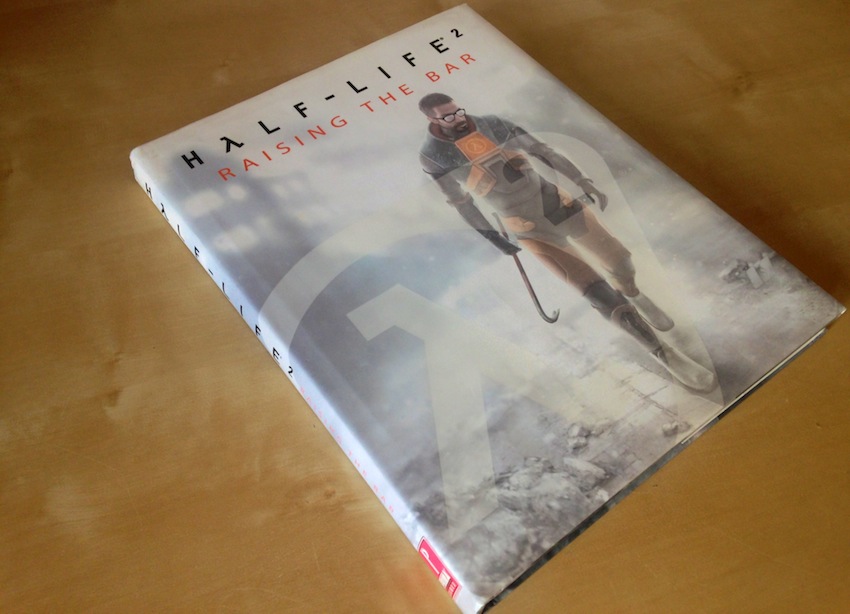 In addition to the main prize, a Portal Companion Cube plush toy and MapCore.org T-Shirt or mug are being offered to the runner-up and a Steam copy of Sniper Elite 3 will also be given to a random entrant in a draw. All entries will also be complied into the ‘RaiseTheBarVille Mod’ which will be released for free on RunThinkShootLive.com.

You can find out rules and more information about the RaiseTheBarVille mapping challenge over on RunThinkShootLive.com and also on MapCore.org.