It started from the email which was sent to the Steam community-group (unofficial) on the Russian social network, VK.
Here is a screenshot that was uploaded to Imgur, of the email from Valve: 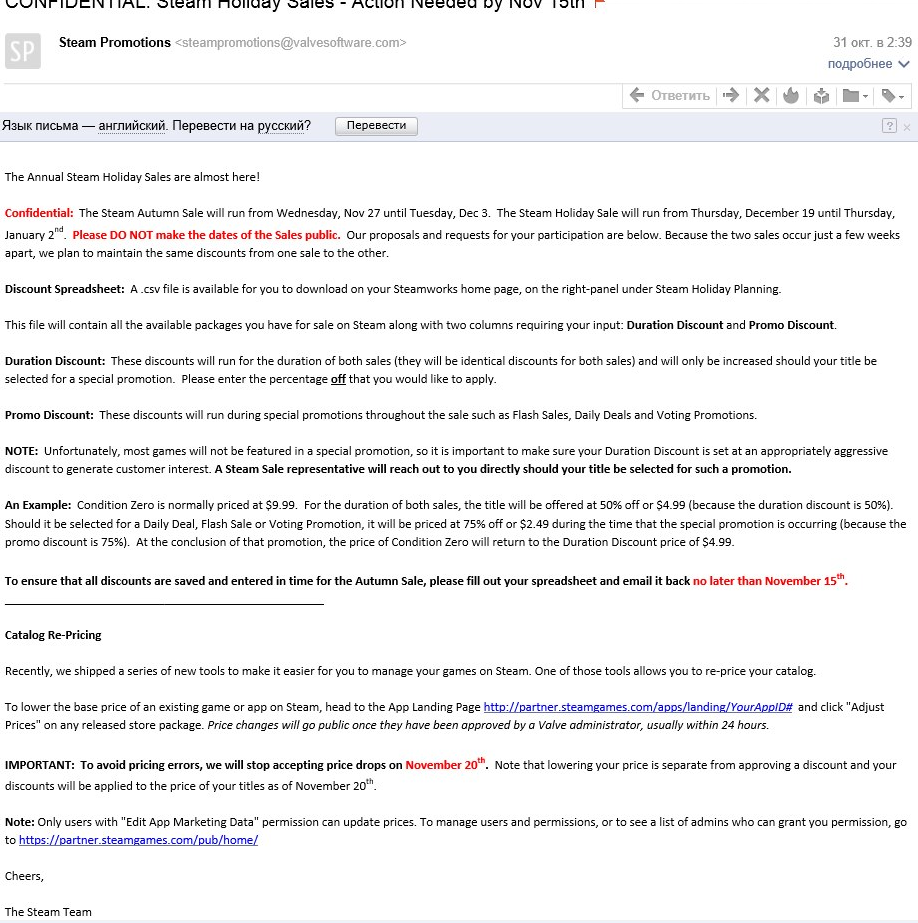 I still don’t know why the person who leaked this decided to ignore the red text, where Valve specifically asked people to do not make the date of the Sales public.

The guy said that this information is ‘highly restricted’, so, because of the restriction, I decided to ignore the leak as I did not want to be responsible for increasing publicity for the leak any more than it had been already.

However 6 to 7 hours later I found the same post on a forum/site related to Valve news, ValveTimes.com (not to be confused with ValveTime.net), who claimed it was an exclusive post.

Then, an hour after that, the leak was also posted on Reddit.

I can’t tell who leaked this information and what was the game he was developing, but right now I’m 100% sure that Valve are investigating this leak and the guy who did this will be ‘punished’.

We hope that this leak will not very harm Valve or the publishers and developers involved in the sale.

Disclaimer: LambdaGeneration respects the integrity and efforts of both Valve and the community. We do not believe in posting leaks of any content directly. This article is simply a reference/report of content which has already been widespread across the internet and/or other mediums.

Thanks to El Calhau for the initial tip on this finding