Dr. Breen Has Survived as an Advisor 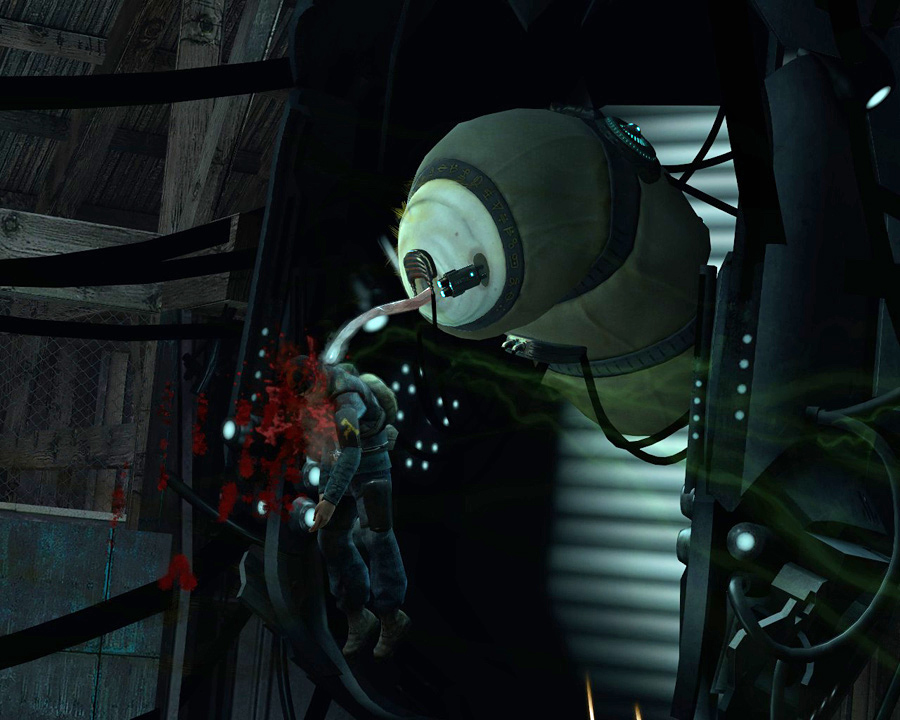 I’m putting this at the top because this is almost certain.

The groundwork for this plot point was laid as far back as Half-Life 2, when Dr. Breen held a frantic conversation with a Combine Advisor, when Gordon and Alyx are storming the Citadel.

“The portal destination is untenable, surely you could… A host body? You must be joking!”…”Alright, dammit, if that’s what it takes!”

When the bowels of the Citadel are seen in Episode One, this scene was replayed, before a dormant Combine Advisor pod (designated 314 URB-LOC 0017) started using its telepathic effects – and since we saw a swarm of Advisor pods evacuating the Citadel before it collapsed, it can be assumed that this Advisor survived for the events of Episode 2 and whatever comes after it.

The real clincher for this theory, though, is @BreenGrub – a Twitter account held by series writer Marc Laidlaw, that is presented as a series of transmissions from Dr. Breen in his Advisor body. Laidlaw maintains that Breengrub is nothing more than “fan fiction” (As much as I dislike overuse of Japanese, I think the term “omake” would be better here), but overall this seems to be the most probable guess here.

As almost every other first-person character in the 1990’s, Gordon never said a word during the original Half-Life. This wasn’t unique at the time. Half-Life was one of the first games of its kind to have modern NPC’s, so protagonists generally didn’t have many people to talk to – it was usually assumed that the characters were talking and we couldn’t hear them, as was true in Opposing Force and Blue Shift. Even today, most shooters generally restrict their dialogue to cutscenes. Half-Life 2 and its episodes, though, eschewed this in the name of unity of perspective, and makes Gordon a cipher for the player by preserving his old-school tact, with a few comments waving in the direction of the fourth wall – “Man of few words, aren’t you?” Asks Alyx, shortly after she meets Gordon.

It’s never been definitively stated whether or not Gordon talks – as with most story elements in the series, it’s been left ambiguous to allow the writers maximum flexibility – if Gordon doesn’t talk, it raises a whole host of questions, but there are just as many answers, so there’s no way to be sure. Though there remain those who maintain that Gordon has been talking the entire time, the deciding factor here is the pop-culture status – Dr. Freeman has become instantly recognizable by his muteness in the annals of gaming culture, meaning that Valve will almost definitely keep him quiet in the future.

Valve’s Other Games Take Place in the Half-Life Universe 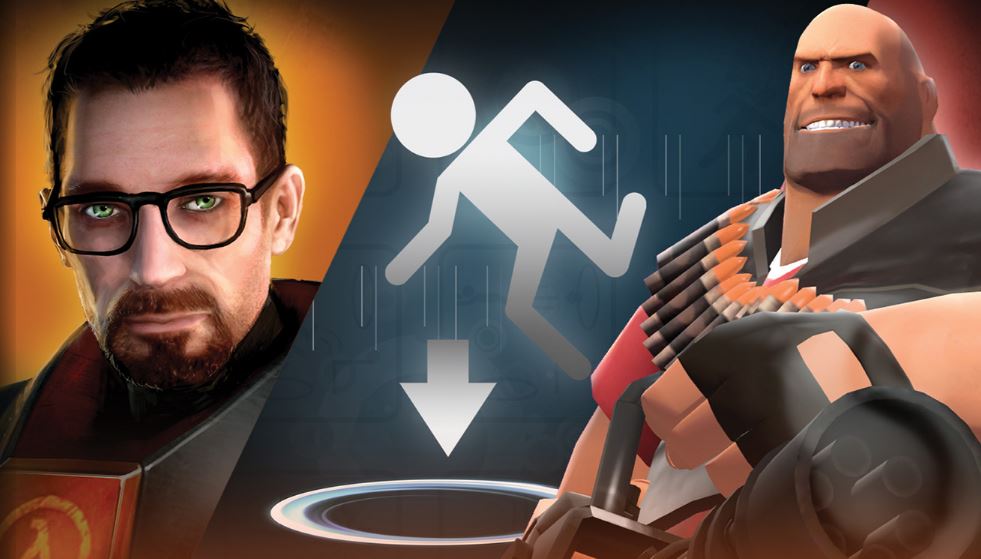 Canon crossovers are a wonderful thing. They can pit giants in their fields against each other to see who wins, they can explore the contrasts of different styles and tones in the works they combine, and they can bring an audience to a work that would have gone unnoticed otherwise. This last reason was evident in 2007, when Valve wanted to promote its experimental puzzle game Portal, and so introduced plot points in HL2: Episode 2 that tied the two games together, and made it obvious that they were set in the same continuity.

After Portal turned into one of the game industry’s great success stories, its sequel made an effort to distance itself from the stigma of Half-Life, setting itself untold years in the future and barely alluding to its sister series at all, besides a few well-placed Easter eggs. The idea was already planted in the minds of the Hammer Legion (This fandom still needs a name), and many people have come up with elaborate theories on how Valve games are set in the same universe. Common threads between the theories include the Infected of Left 4 Dead being controlled by the Combine, and the warring RED and BLU companies of Team Fortress 2 tying into the feud between Aperture Science and Black Mesa.

It’s not hard to see why these guesses exist (and I probably wouldn’t be all that averse to an Avengers-style teaming up), and Old Man Murray veterans Erik Wolpaw and Chet Faliszek would probably be up to the task of integration, but I just can’t see this happening, and so I’m saying

Gordon Will Get a Portal Gun in the Next Game

I mentioned that Episode 2 had plot points that tied it in with Portal. The most memorable of these is the USCGC Borealis, an icebreaker converted into a top-secret research laboratory for Aperture Science, the masterminds behind the player character’s gauntlet of puzzles in Portal. In Episode 2, the Borealis is revealed as the ultimate goal for Gordon and Alyx. According to Dr. Kleiner and Eli Vance, it contains highly unpredictable yet powerful technology, that could provide a huge advantage for the Resistance in their battle against the Combine. The nature of this technology is never stated, but an Easter egg in Portal 2 makes it clear it relates to teleportation.

The obvious conclusion is that the next game will have Gordon acquire the Portal Gun to use against the Combine, which would provide a powerful advantage in both story and gameplay terms…

…wherein lies the flaw in this theory. As this fanmade video shows, the advantage a Portal gun lends in combat is so overwhelming it would completely destroy any challenge in the gameplay – and ultimately, everything in Half-Life is subservient to the gameplay. The alternative would make the ASHPD annoyingly contextual (Which was one of the few complaints levied against Portal 2), and defeat the purpose of giving you such a massively useful weapon.

But the most compelling reason that I doubt Gordon will ever get his hands on a Portal gun is F-STOP. F-STOP was developed by the team behind Portal, during a period in 2008 that the Combine Overwiki calls the Directed Design Experiments. Now, what is it? We don’t know – Valve has kept the particulars a closely guarded secret, and have only said that revealing too much would spoil concepts for future game projects. The few snatches of information we‘ve heard tell us that it was a non-violent puzzle mechanic as fun and unique as the portal gun, and it was originally going to have a standalone Portal game devoted to it. Gabe Newell has called F-STOP “completely worth” putting the Half-Life series on indefinite hiatus. Though millions of whatever-we’re-calling-ourselves would disagree, this is a definite sign of brand new mechanics in the next Half-Life game.

You knew this was coming, folks. Few characters in the history of video games can boast the same level of speculation devoted to them as Gordon’s mysterious protector-cum-employer, who remains unnamed in-game but is referred to as the G-Man. Because of how completely mysterious and enigmatic the G-Man remains, the range of valid theories are even wider than normal: He could be anything from an illusion used by the Vortigaunts, to an avatar of the Great Old One Nyarlathotep, to a future version of Gordon, to Optimus Prime (“There is more to the Freeman than meets the eye”, say the Vorts).

And so, instead of listing all of these theories, I’ll be compiling a list of what we definitely know about our blue-suited benefactor:

The model for the G-Man’s appearance was Frank M. Sheldon, a professional practitioner of the Alexander Technique – a strict regimen of posture control and movement training meant to maximize comfort and ease, that lends your posture and movement an unusual appearance. On top of that, his face was heavily altered and stylized, to make him look taller, more sunken…and inhuman. His speech patterns, tics and mannerisms all suggest he’s unused to speech and motion, and he readily admits that he’s working for mysterious forces that are far beyond our comprehension. Not to mention…

Most of the advanced technology in the Half-Life/Portal universe revolves around teleportation, and the G-Man is no slouch in this department – we see him using Black Mesa’s portal technology in the original Half-Life, and most of his in-game appearances have him disappear by the time you reach him – but this is only one of his many abilities. Over the course of the series, his powers grow ever greater: He can appear on unplugged televisions and interfere with Breencasts, then he can stop time and move people across dimensions, then he can reverse time (Or at least, I think that’s what happened at the beginning of Episode 1 – not even Marc Laidlaw is entirely sure), and in Episode 2 it’s revealed that Alyx Vance has been completely under his control since Black Mesa, and that Gordon has been playing into his hands the entire time. Which brings me to…

Like all good shadowy third-party wild cards, the G-Man has a host of secret and intricate plans centering around our main characters. Since his implicit hand in the Black Mesa Incident, he’s been shown to have Gordon’s path completely mapped out for him – a nice reference to the complete linearity of the series’ gameplay. Besides his control over Gordon and his friends, he’s been shown to consult with various people you meet on your travels, hinting that he might have an unknowable network of agents.

Unlike your average shadowy thing I said before, the G-Man’s plans aren’t infallible – the Vortigaunts disrupt him at the start of Episode One, releasing Gordon and Alyx from their temporal stasis. For the first time, we see him express an emotion – surprise, and anger. This is one of the signs that…

He Has A History With The Vortigaunts

Thanks to those time powers I mentioned earlier, it’s obvious the G-Man doesn’t have the same strict perception of time that humans do. This is a trait he shares with the Vortigaunts, who aren’t so much “mysterious” as “inscrutable” – allying with humanity after Gordon killed their master, the Nihilanth. They’ve made references to a shared consciousness, a life after death, mystical forces, visions of the future, and viewing all points in time simultaneously. From this, the Episode 1 intro and a few cryptic comments made by the Vorts throughout the game, you can see that the two are intertwined in some way.

In 15 years, we’ve had a lot of fun puzzling out the story of Half-Life. And hopefully, the future will bring us more to think about. 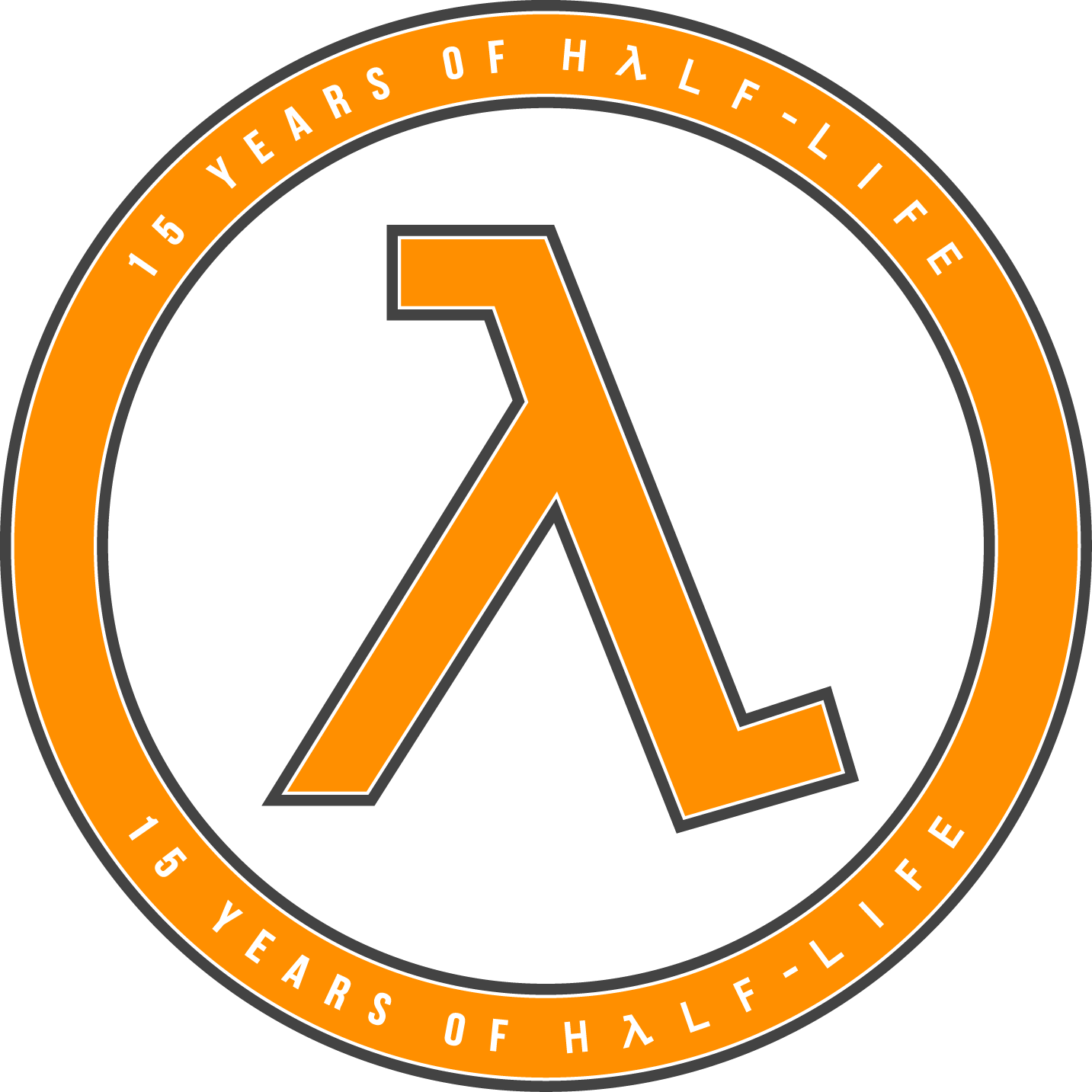