‘HalfLifeGifs’ creates and collects animated images of a range of Half-Life commodities. I love the collections which have been posted to the site, especially those of the Goldrc/HL1 animations, it really captures the nostalgia of Half-Life and brings forward the attention to detail that Valve put into creating the various models and animations from the games. Here are some of our favourite picks:

Check the blog out: http://halflifegifs.tumblr.com/

This user, going by the name ‘tastytofusoup’ has published an insane amount of screenshots from the Half-Life series, mainly Half-Life 2. However tastytofu’s screenshots are not ordinary screenshots. I don’t know if there is a proper name for what he does, but I like to call it ‘game photography’, the capturing of images from the context of a video game in an abstract manner to demonstrate and/or acknowledge ideas or concepts. Here are some of our picks: 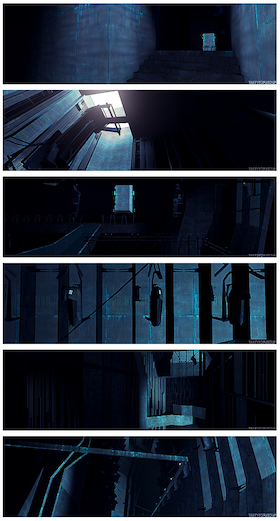 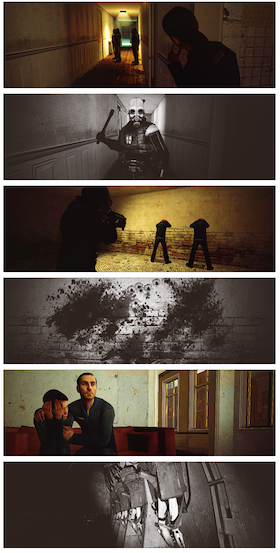 His work speaks for itself. As a huge Half-Life fan myself (of course), I find tastytofu’s work to be extremely captivating. The nostalgia, atmosphere and motive behind his work is really well perceived reproduced – you instantly relate to the scenes and what they meant you during your first encounter with the game. As an architecture student myself, I really enjoy how his images attempt to address the architectural nature of Half-Life too, it acknowledges the detail of the level design but also highlights the effect of that detail upon the game’s experience to us as players.

Half-Life Confessions is an ingenious blog which enables users to anonymously submit ‘confessions’ to the blog to express their affections, mishaps or guilty pleasures when playing Half-Life. The idea of the blog is quite self-explanatory, its certainly a lot of good fun to read. Here are some of our favourites: You can read more or maybe even confess at: http://halflifeconfessions.tumblr.com/

‘Chocolate Covered Portals’, as the name may suggest is a blog dedicated to Half-Life, Portal and.. well.. chocolate! The blog, run by an individual user known as ‘Chocoportals’ shares her journeys throughout the Half-Life and Portal series in a progression of screenshots and videos. If you want to go back and re-live the experience of playing Portal or Half-Life, Chocoportals is the place. She also posts a load of other stuff, including some hilarious Garry’s mod npc fights. 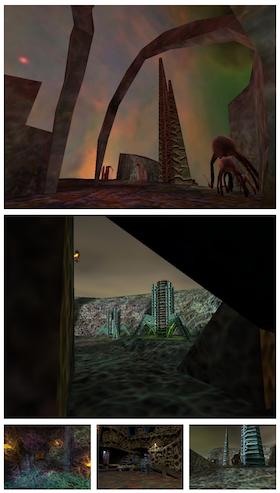 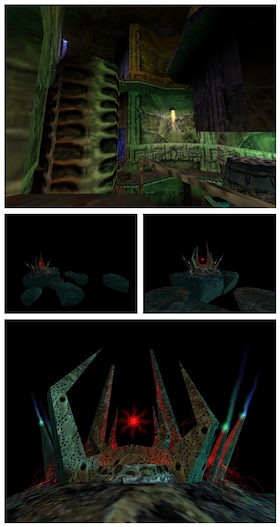 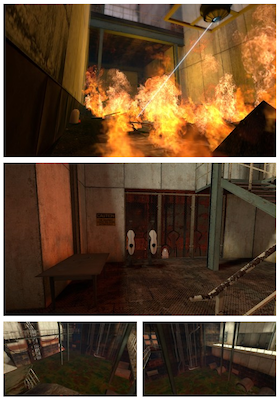 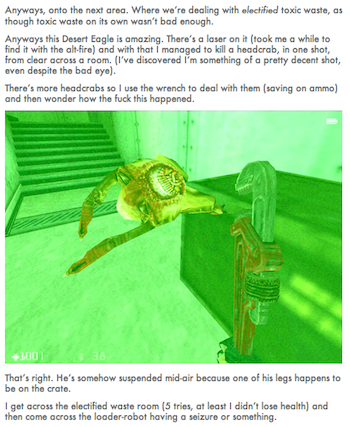 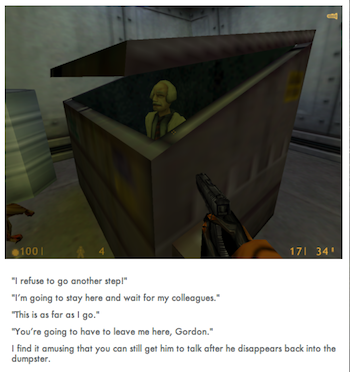 See more from Choco at http://chocolate-covered-portals.tumblr.com/

Protokol (‘with a K because Ks are cool’) is a user who creates animated-gif images of various NPC animations and movements. Protokol’s work (which is also often shown on ‘HalfLifeGifs’ mentioned above) aspires to apprehend NPC model animations as a sort of motif or defined form (of course, this is assisted through the nature of animated GIFS which can repeat endlessly). Protokol achieves this from the use of white backgrounds, stripping the subject of matter from it’s context and surroundings to leave simply the animation as it is – like a sculpture of some sorts. Here are some of our picks:

There are of-course many more Half-Life related Tumblr blogs and Valve-related for that matter. Whilst we couldn’t feature them all today, there are a few others we would like to give a shout out to:

I know it is one of these sacred Tumblr laws not not talk about Tumblr outside of Tumblr, but in this instance, this stuff is just too irresistible to not share on here.

All of the blogs named above, also the feature image was taken from an animation created by ‘Protokol’ (who was featured in this article).