Over the years Marphy has published a series of videos which each examine something different. He has worked in collaboration with other keen ‘Half-Life Historians’ (as I call them), mainly including Barnz, who worked on porting Gearbox’s decay to PC.

So far there are 24 videos in the series, with each video racking up at least several thousand views with many into then tens or even hundreds of thousands. Below I’ve listed a few key ‘fact files’ that you should defiantly check out.

The video shows the demo map for previewing some of the original engine’s features and capabilities. The map dates from September 1997, a year just before Half-Life was officially released for retail. 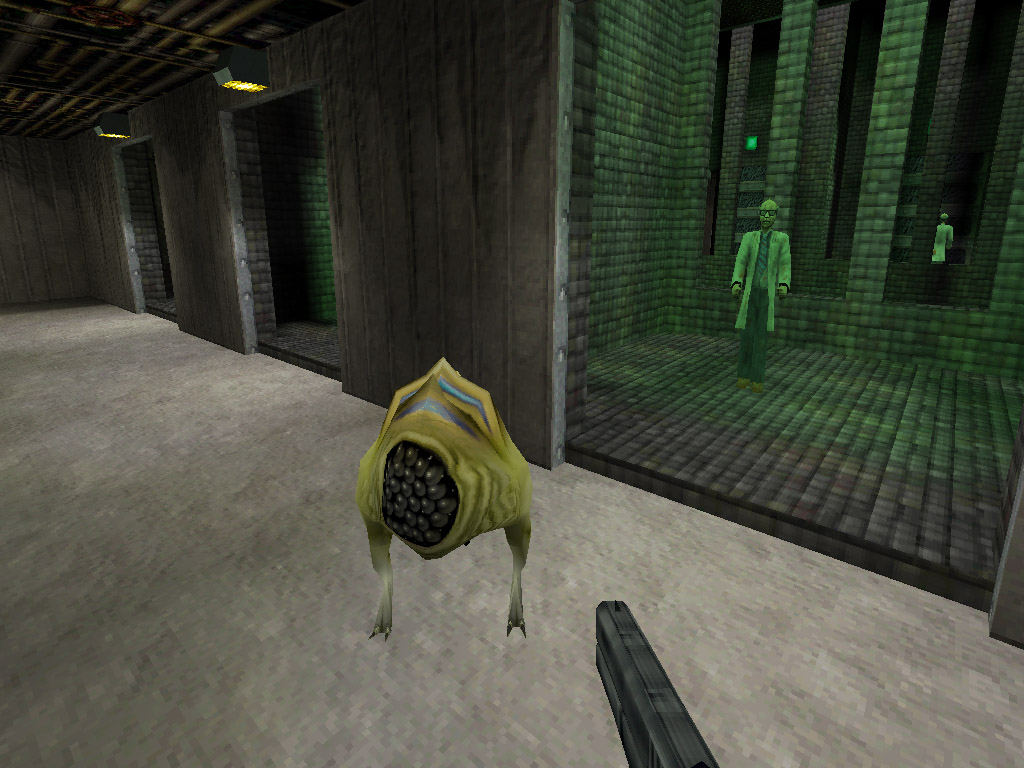 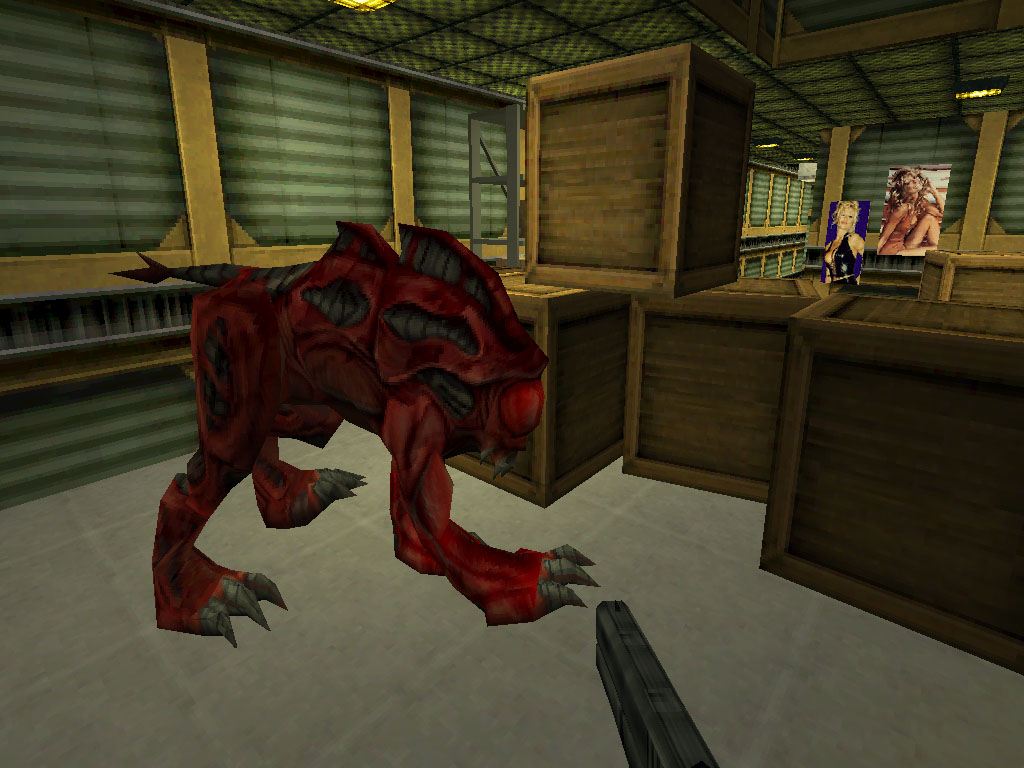 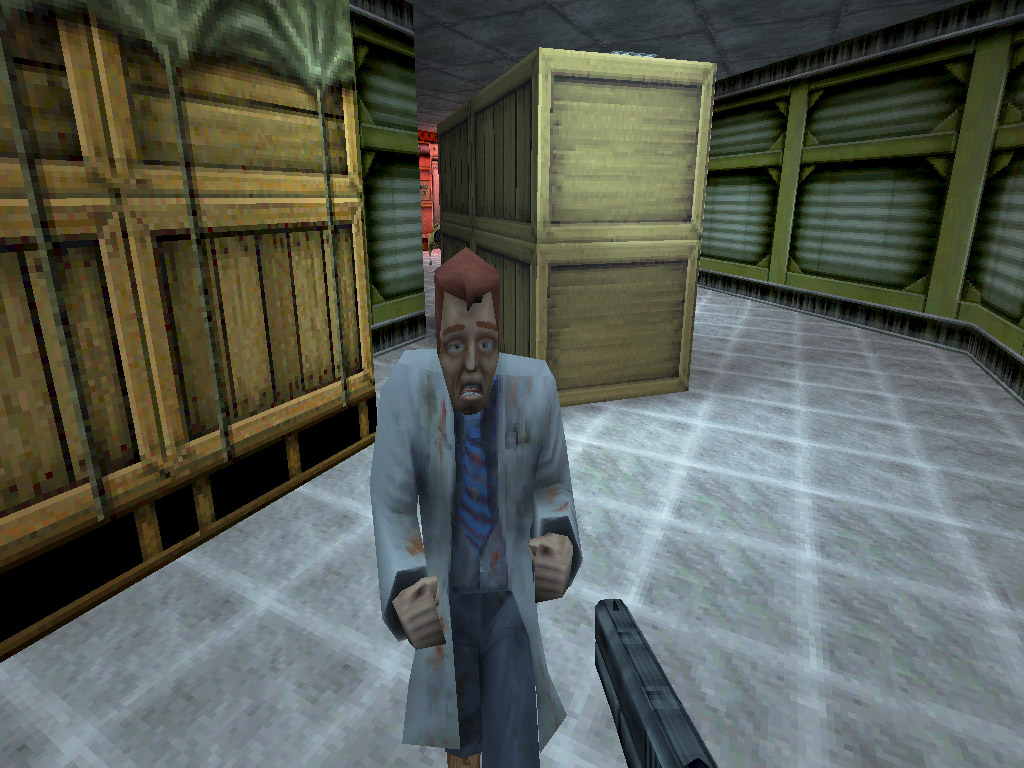 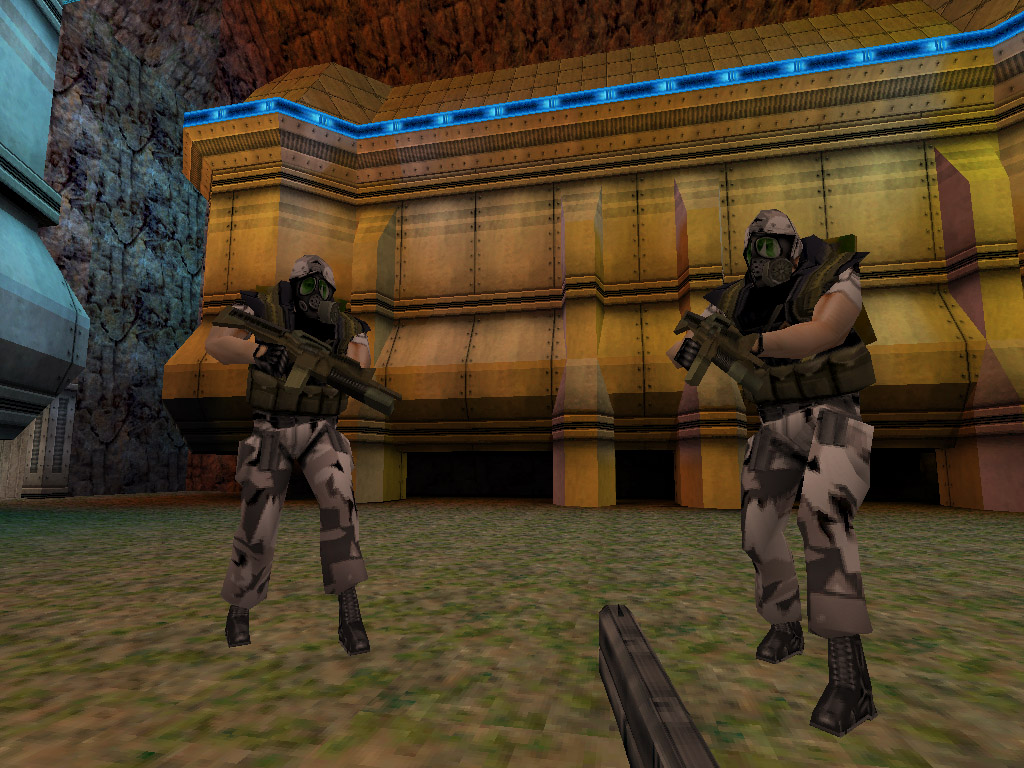 Above: A few screenshots from the Alpha, provided by Marphy Black himself

He also has a few other videos from the Alpha, including footage of the old Deathmatch and Co-op game modes (filmed in collaboration with Barnz) and a montage of the developer play-through videos recorded by Valve.

If you are interested in looking at the making of Half-Life and the origins behind the game as we know it today, these videos are a must-watch.

Earlier this year he also uploaded a video-study of the iconic cargo lift from Half-Life, which is featured predominately in the Unforeseen Consequences chapter, but also in Lambda Core as well as in both of the Gearbox expansions, Blue-Shift and Opposing Force.

Like me, you probably played through Unforeseen Consequences without ever realising that the memorable headcrab-dodging elevator decent is a huge reference to the Japanese manga, Akira, dating from 1984.

We were fortunate enough that Marphy still had some of the original scans from the scene, that were originally sourced by Barnz. He sent them in so we could share them (click to view full-size): 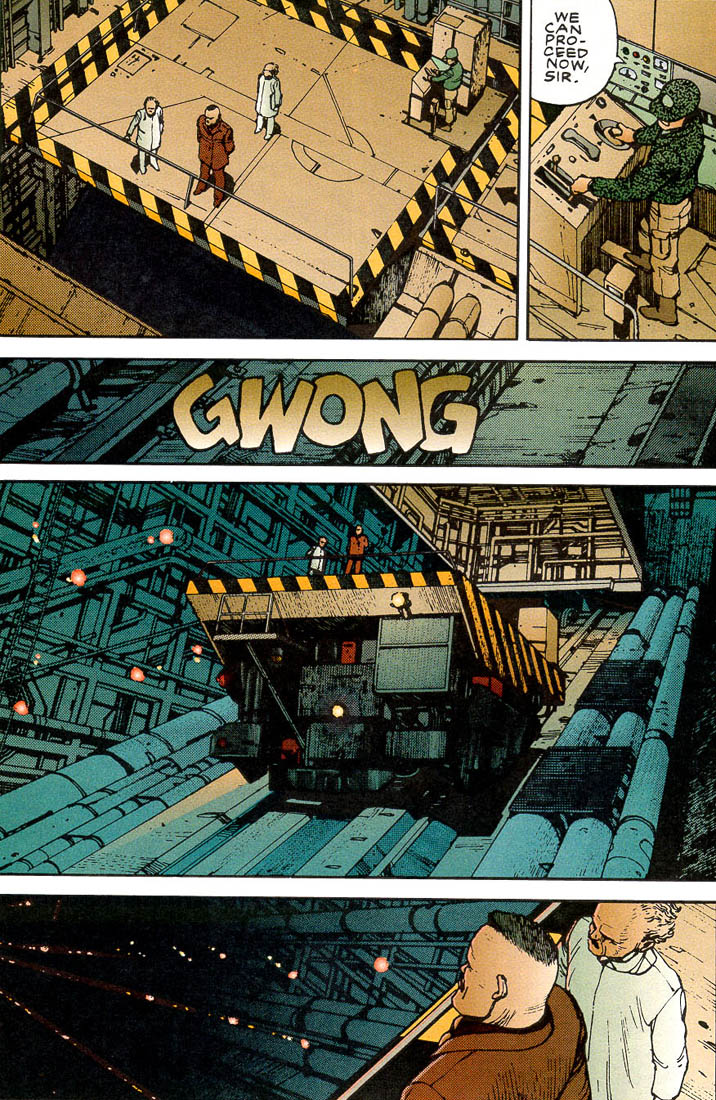 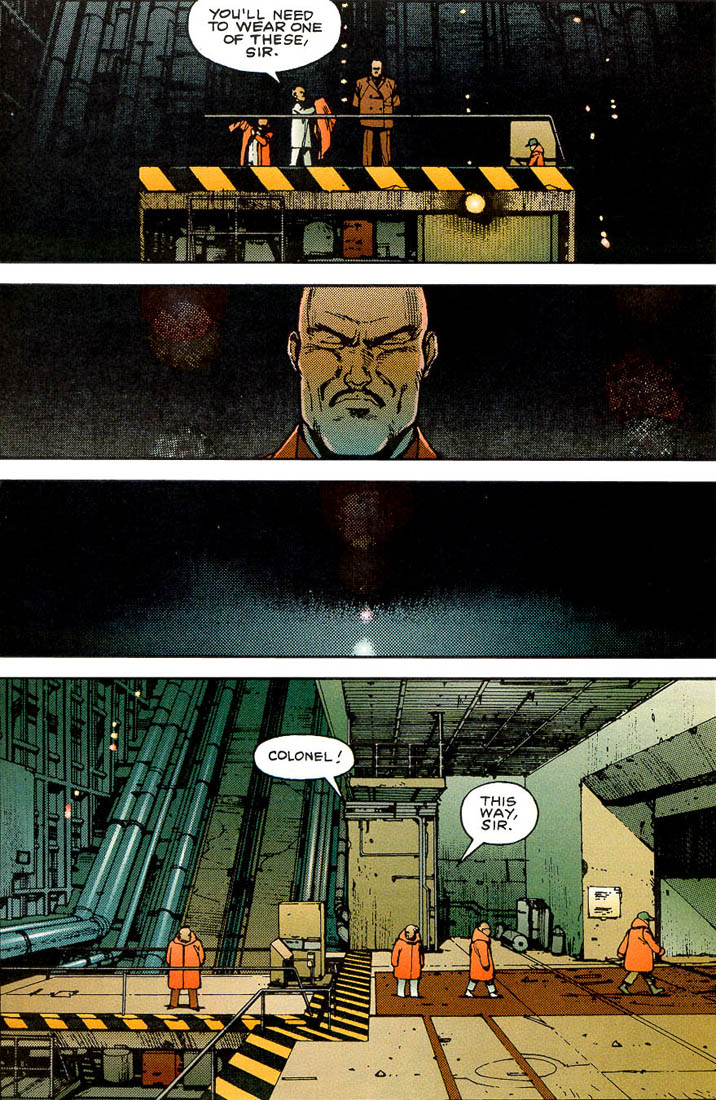 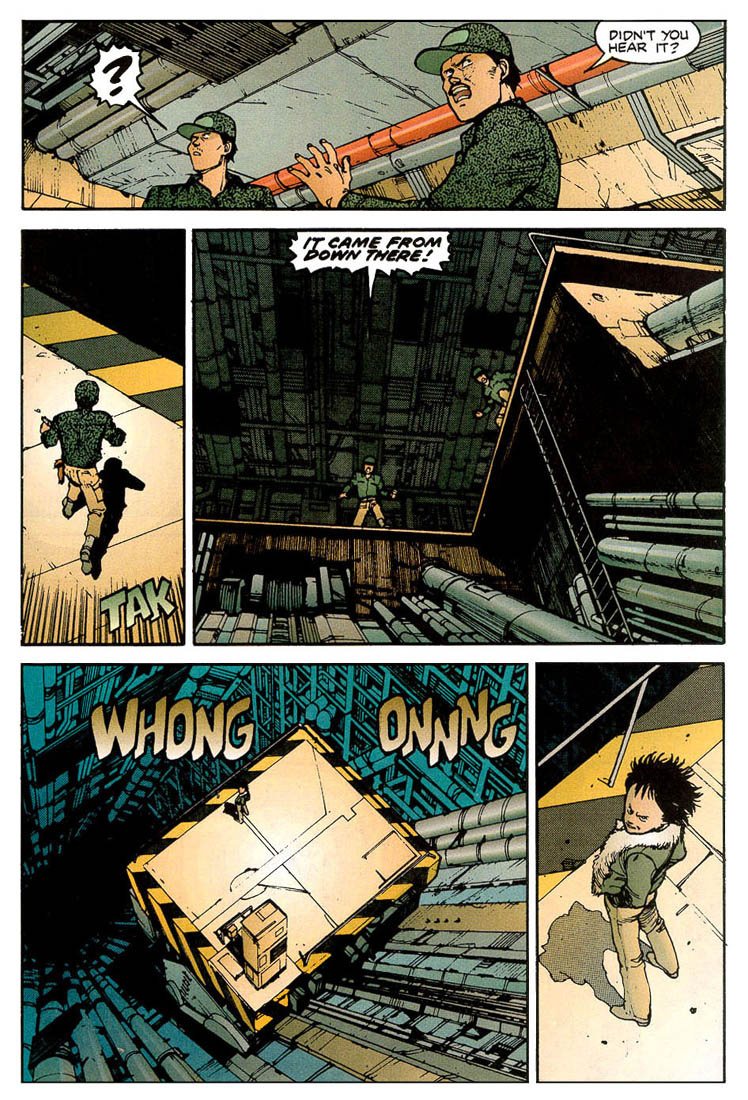 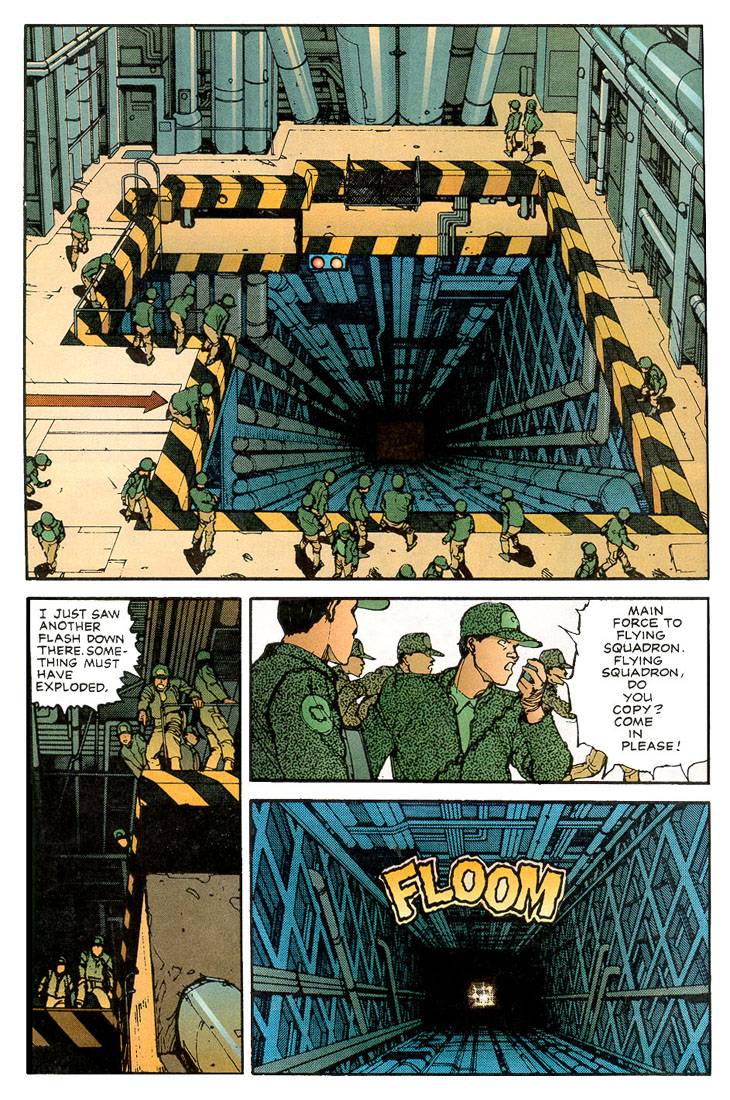 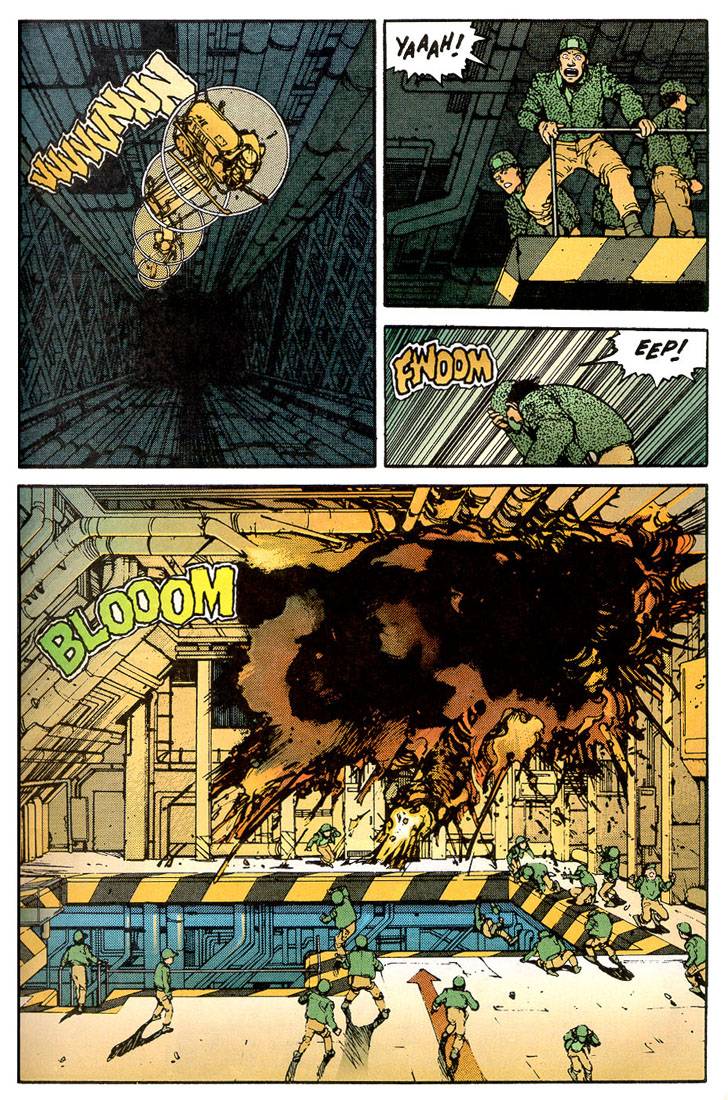 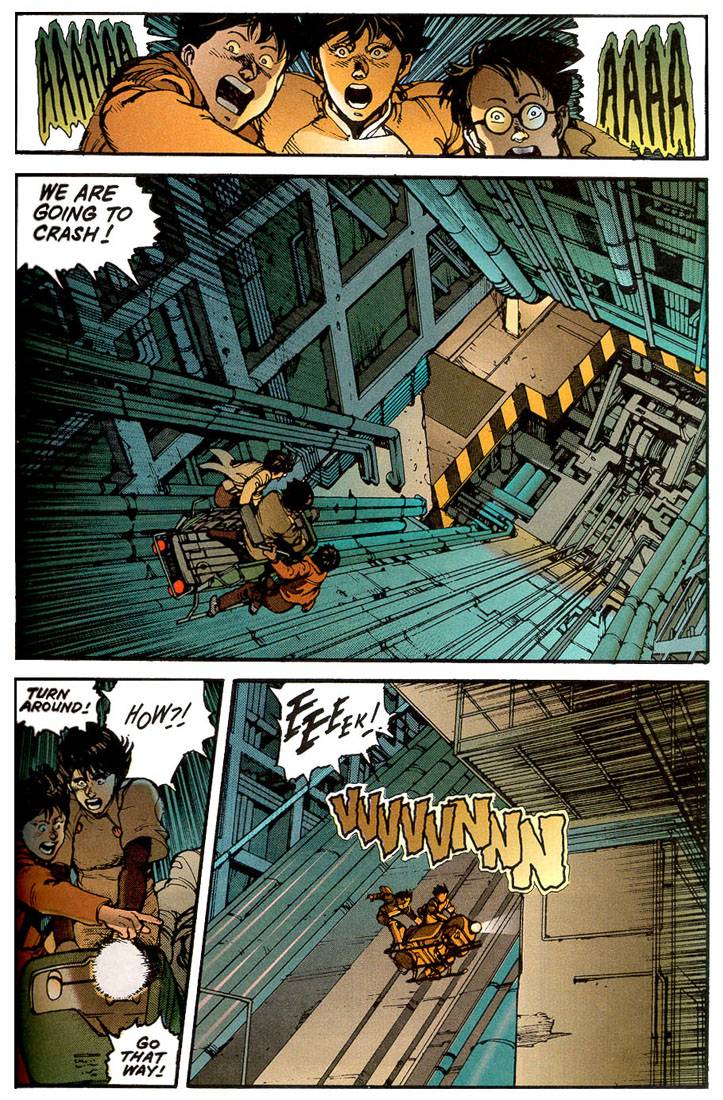 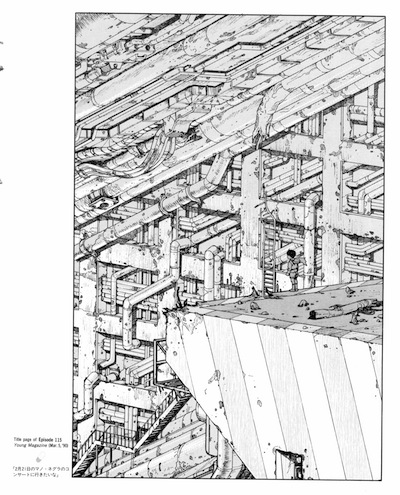 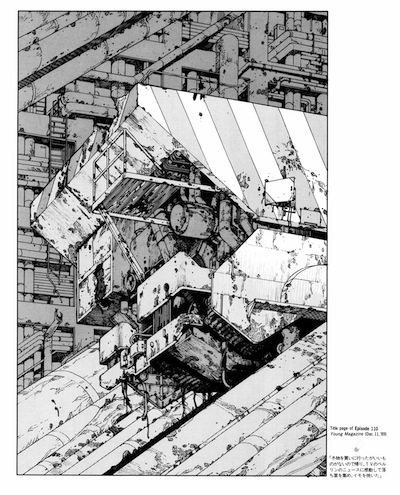 Here are screenshots of the scene from the game, incase you have no idea what we are talking about:

I was quite astonished when I first saw this video back in april, especially since I, myself am a huge fan of the level design in Half-Life and GoldSrc. I had no idea that the scene had been inspired by a comic.

One of Marphy’s other popular videos is his unboxing of some rare Half-Life 2 Themed Candy – Yes, you heard me right, Half-Life Candy! 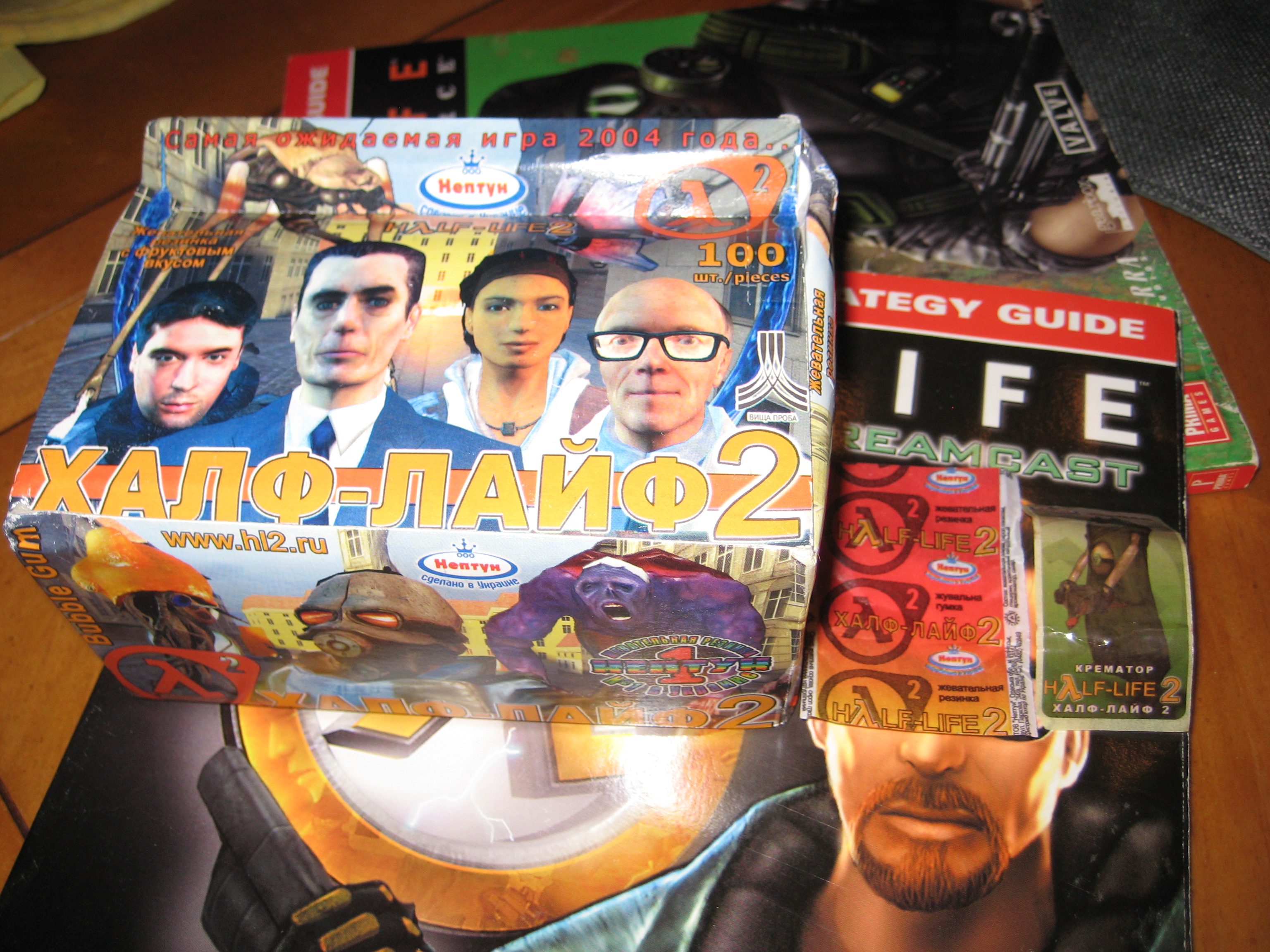 An exclusive image Marphy took for this article

Originating from Ukraine around 2004, the bubblegum uses content from the leaked Half-Life 2 beta.

Marphy has not ever been able to conclusively find if the product was genuine or fake, however by examining it, it looks likely that it was some sort of bootleg product. The designs and packaging were apparently created by the folks over at HL-Inside, formerly HL2.ru , who were commissioned by Нептун (translated as ‘Neptune’), a candy manufacturer.

He won the rare, unopened item on an Ebay auction for only $2.25. As far as the Half-Life Community is concerned, this has been the first encounter and opening of the product that has been shared online, but it is obviously likely that it had been going around the Russian and Ukrainian Half-Life Community in it’s day.

All I can say is, Marphy is very lucky, this is defiantly a Half-Life collectors item to treasure, and getting it for only a few dollars is an absolute bargain (at least from our point of view).

Half-Life 2: Survivor is Japanese exclusive arcade game which was made by Taito in collaboration with Valve. Interestingly the game features the only official full-bodied Gordon Freeman model for the Source Engine.

He has managed to upload several videos showing the models, maps and gameplay of the now PC-ported version of the arcade game. Here is a video of an infamous and cahotic ‘Zombie House’ level from the game:

Marphy Black was also involved for the porting of the game to PC, alongside many other contributions from around the community (mainly from Garry Newman’s Facepunch forum), including an individual known as ben1066 who created the binaries for the PC port.

You may have not ever payed much attention to the small cockroach NPC’s from the original Half-Life. In-fact many of us may probably stepped on them during the game.

However you may have not known about the level of detail valve actually put into coding these small creatures.

Despite their complete insignificance to Half-Life’s storyline (unless we find out that the Combine is actually being run by a race of roaches), Valve spent a great deal of time and attention making sure even the smallest details of the levels could be portrayed to the maximum level of ‘realism’.

Bare in mind this was 1998 and at the time, artificial intelligence in video games was still in it’s early days. Even when compared to today’s standard though, this is still amazing and the thought that Valve actually went out of their way to achieve this is even more so. I mean, Big Rigs: Over the Road Racing couldn’t even be bothered to program your opponent, yet Valve managed to do this.

Another video showing Half-Life in one of it’s earlier forms is this ‘fact file’.

The demonstration shows some of the early Xen maps from Half-Life Beta which were obtained via the 2003 Half-Life 2 leak. Originally it seemed Xen was to have a longer and more linear puzzle-solving progression to it and you may also notice that the Alien Controllers are nowhere to be seen.

We all love easter eggs in video games right?

Marphy, in collaboration with Barnz managed to highlight some fun findings that you might not have ever noticed before.

I’m not going to list all of Marphy’s east egg videos, but you can check out the full Half-Life Fact Files playlist (linked below) to see them all.

Anywhere, here is what happened if you have ever tried to access a one of those locked doors which responds with the VOX announcement system (basically the Black Mesa version of GLaDOS, which does not go and destroy the base (because of course, you do that)).

And here is what happens whenever you leave your jeep unattended in Half-Life 2:

The AddSeagullPoop function is actually a part of the vehicle_jeep entity. The spawned Seagull is mainly just for show as it only affects a boolean check to determine if it’s present or not.

With Half-Life’s 15th Anniversary approaching, I thought it was an excellent time to feature this.

It’s extremely interesting stuff, and if you are a big fan of Half-Life like myself and everyone else at LambdaGeneration, you will no doubt spend hours of your time watching this stuff.

Marphy also posts many other videos of classic video games too and he is also an administrator of Combine OverWiki (click here to check out our Spotlight of Overwiki from a few weeks ago).

And thats it for this week’s Community Spotlight!

Also thanks to MrFreemanBBQ for translating the Bubblegum brand.